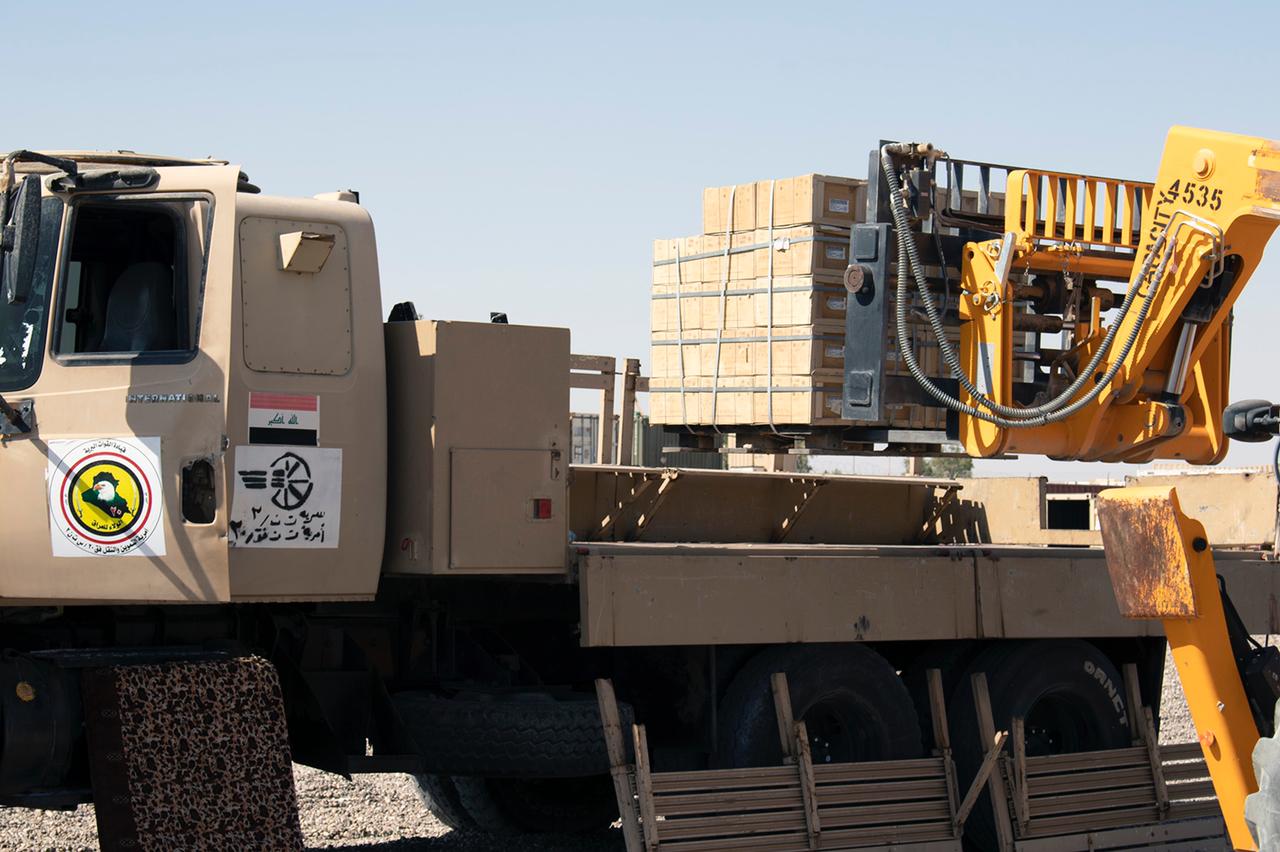 Shafaq News / The Iraqi Ministry of Defense announced that the Iraqi army had received about 204,636 dollar-worth of weapons and ammunition from the Global Coalition forces stationed at Ain Al-Asad Air Base.

The Ministry said in a statement that this step comes to support Iraq in its mission to defeat ISIS, and a part of the training and equipping fund program that has been implemented in 2014 to defeat the terrorist organization.