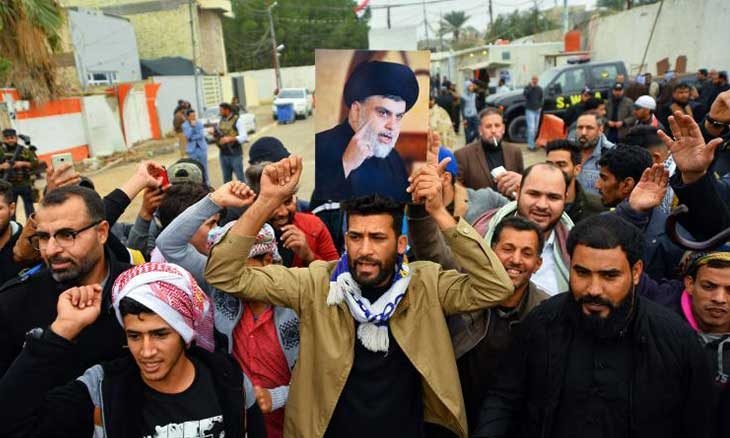 Shafaq News/ A political source disclosed exclusively to Shafaq News Agency that the leader of the Sadrist Movement, Muqtada al-Sadr, rejected the Shiite Coordination Framework proposal to form together the largest bloc in the Iraqi parliament and then form the new federal government.

The source revealed to our Agency that during the Al-Hanana meeting, Al-Sadr informed the Framework delegation of his refusal to join it alone in one bloc.

According to our source, al-Sadr confirmed the cohesion of the tripartite alliance and that any discussion with him should be based on this. But the Framework delegation rejected this issue, insisting on forming a larger Shiite bloc to agree on the next prime minister."

The tripartite alliance consists of the Sadrist Movement, the Kurdistan Democratic Party, and Al-Siyada Alliance.

On Oct. 10, 2021, Iraq held the parliamentary election, where Shiite Muslim cleric Muqtada al-Sadr's Sadrist Movement emerged as the biggest winner with 73 out of the 329 seats.

The Sadrist bloc reveals winning 75 seats in the new Parliament