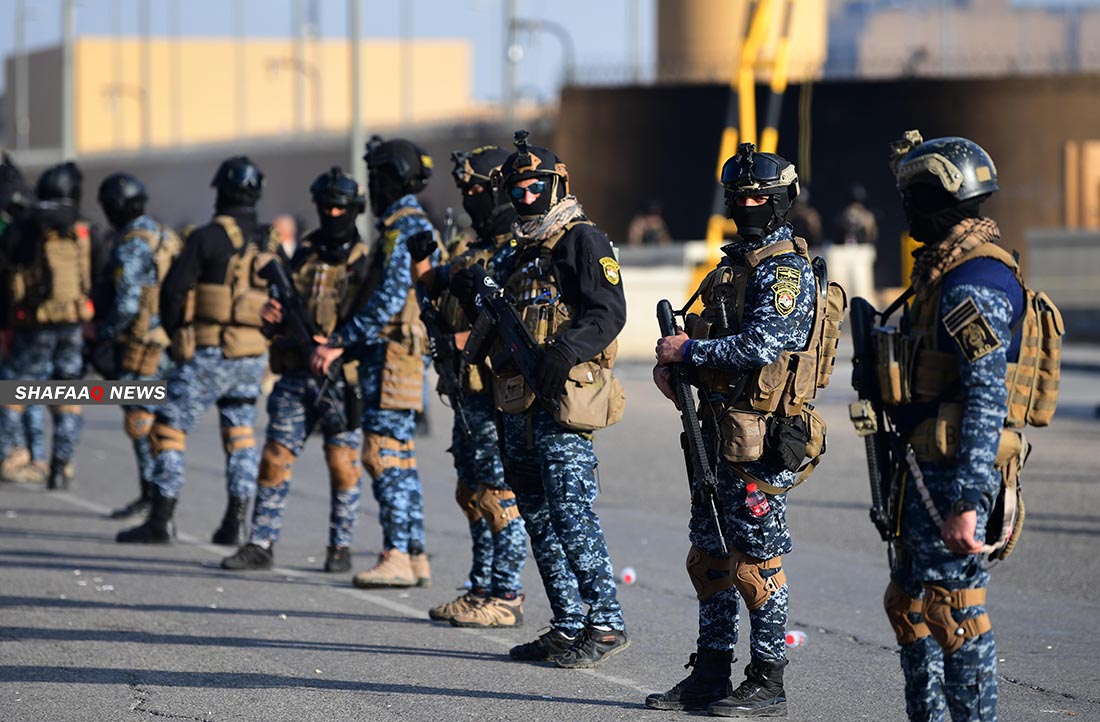 Shafaq News / The Federal Police arrested on Sunday a commanders of the military detachments of "ISIS" organization in Kirkuk governorate.

The Federal Police said in a statement received by Shafaq News Agency, "the units of the Federal Police Mechanized Division managed to arrest a terrorist wanted per the Article 4 of terrorism law. The operation was carried out in coordination with the division's intelligence department and under the supervision of the division's commander, Major-General Muhammad Jawad Jaafar", noting, "the operation was carried out after receiving accurate information about the presence of the terrorist nicknamed Abu Qaisar, in Al-Failaq neighborhood in the Kirkuk governorate".

The statement said that the defendant claimed several positions in ISIS organization, as he worked as Al-Hesbah official in Al-Abbasi sector, the Sharia mufti of Taza sector and the commander of the intelligence detachment of Kirkuk district after its liberation".