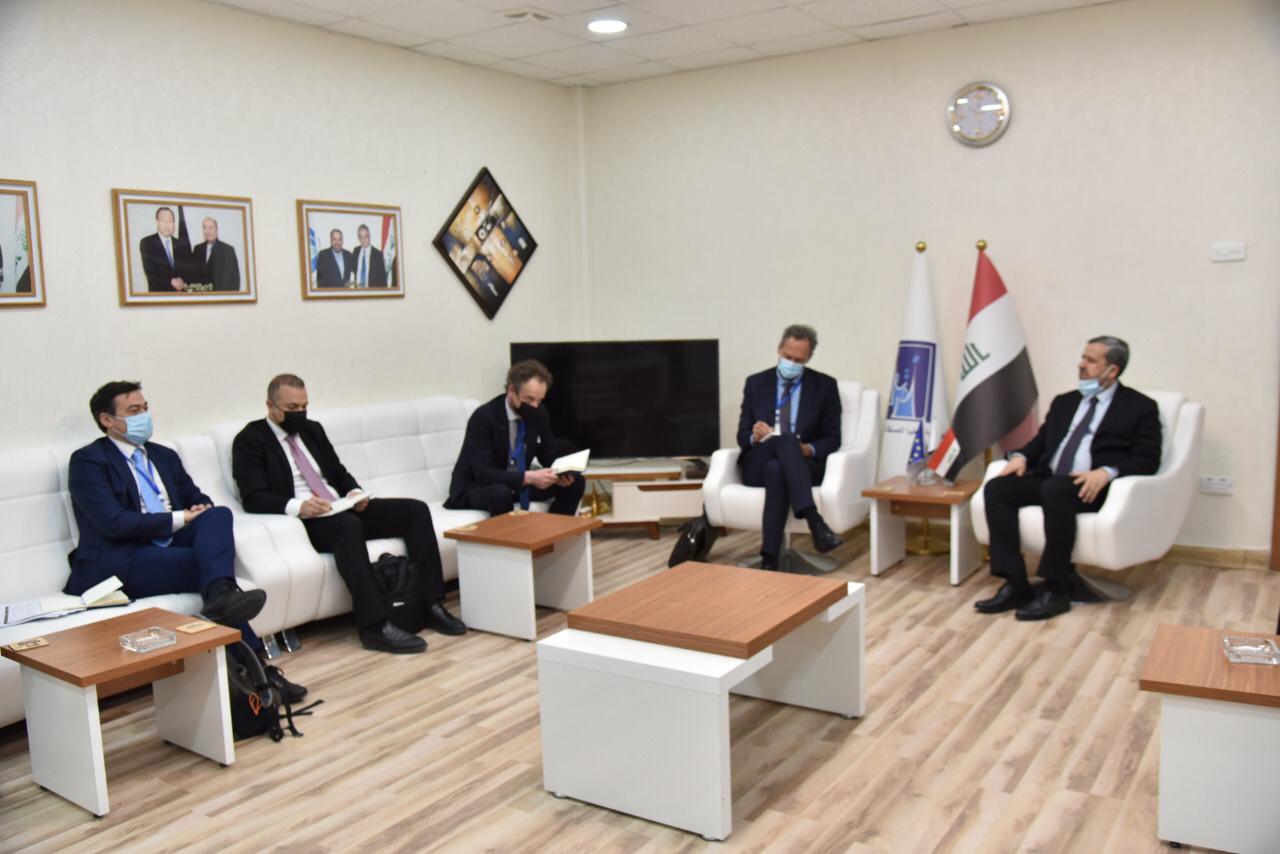 Shafaq News / Independent High Electoral Commission in Iraq called on the European Union mission to monitor the upcoming electoral elections, while the mission pledged in its turn to achieve a "fruitful and satisfactory" work.

A spokesman for the Commission said in a statement that the Chairman of the Board of Commissioners, Jalil Adnan Khalaf, received at the Commission's headquarters in Baghdad today a delegation of the European Union's mission to Iraq, which is composed of experts in electoral, logistical and administrative affairs, to discuss ways of work and cooperation between the two parties."

The spokesman explained that Khalaf praised the great role that the European Union played in monitoring the 2018 Iraqi Parliament elections, hoping that their role in monitoring the upcoming electoral process will be large and comprehensive in all stages.

For his part, the head of the mission outlined the team's work tasks that will focus on monitoring and evaluating the process and preparing a comprehensive report on the stages of the electoral process, expressing his hope that the outcome of their mission will be fruitful.

In the same context, a memorandum draft of administrative understanding that organizes the logistical, technical, and administrative work was submitted, and according to which the rights and duties are defined between the two parties.

During the meeting, the Chairman of the Board of Commissioners reviewed the great preparations that the Commission is undertaking for the upcoming elections, and the challenges that may face the electoral process locally and internationally.

Furthermore, the statement indicated that the Chairman of the Board of Commissioners thanked the team for its presence, promising them to provide all possible work facilities.