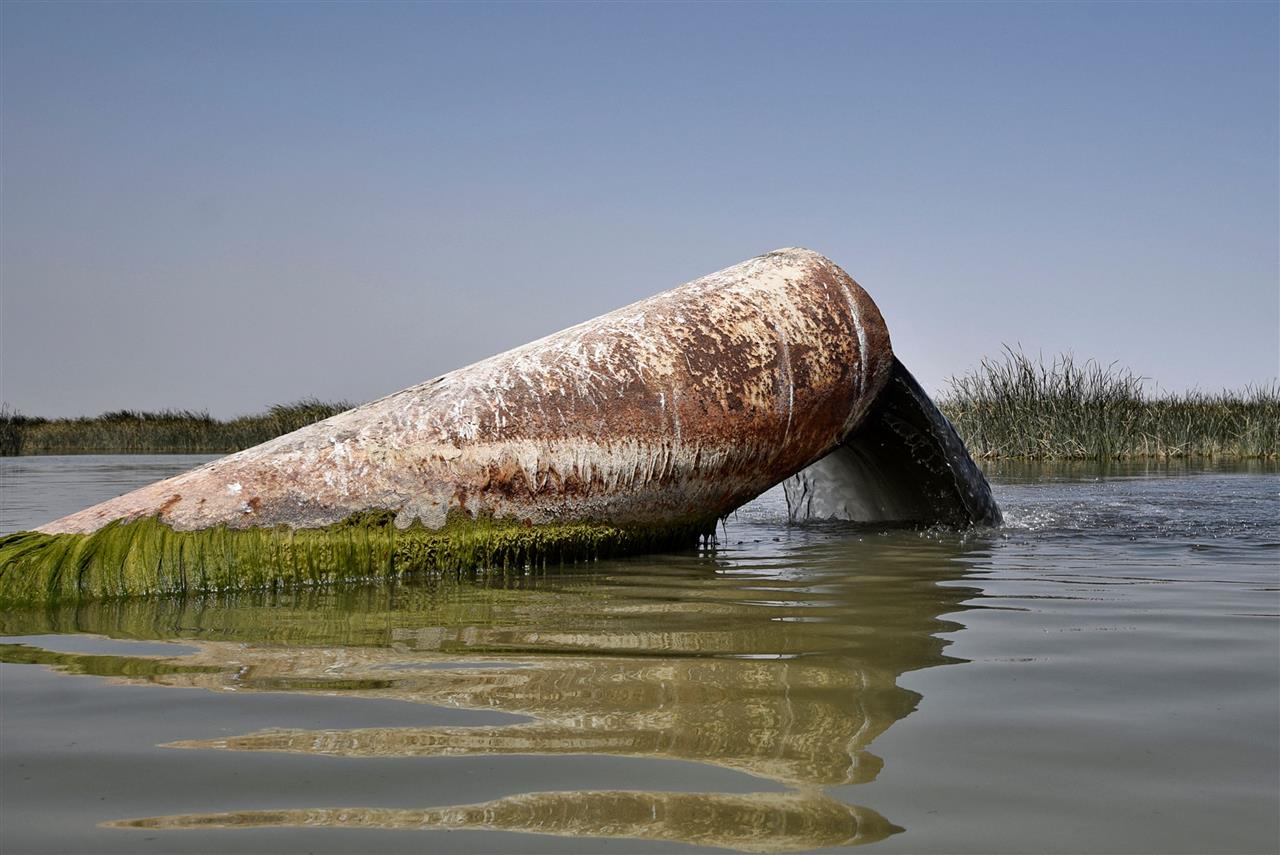 The head of the Environment Directorate, Karim al-Ani, said in a statement to Shafaq News Agency, "long ago, our Directorate has discovered that the Directorate of Sewerage has been draining 'heavy water' to the marshlands of Chibayesh."

"We took many measures against this heinous crime. We dispatched a technical team and issued a warning. Then we lodged a shutdown warning and imposed fines, which are the limits of our remits."

"None of those measures moved a hair in the Sewerage directorate. Therefore, the Directorate of Environment resorted to Judiciary. The file now is at the Investigation magistrate's office."

"Our Directorate offered to halt the investigations if the Sewerage directorate installs sewage treatment plant."