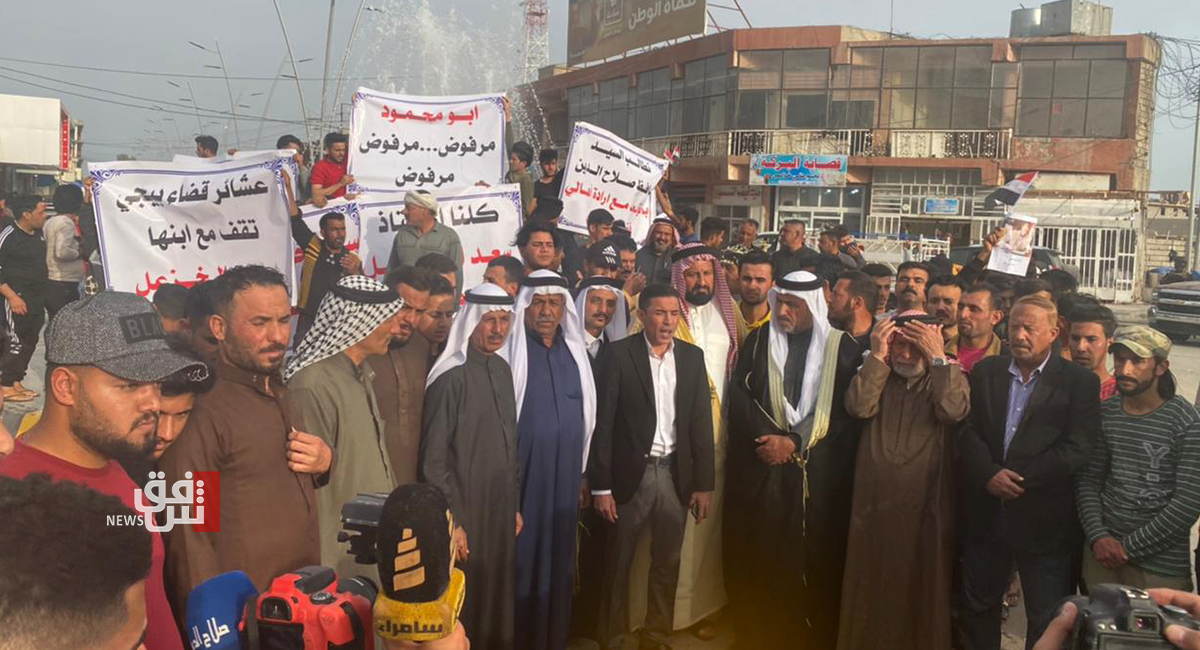 Shafaq News / The Baiji's crisis, north of Saladin, resurged following a series of administrative changes in the district.

The former deputy commissioner of Baiji, Muhammad Mahmoud al-Jubouri, who was dismissed by Saladin's governor two years ago and replaced by Saad Khazal, returned to his post recently under the direction of the Administrative Court and the Court of Cassation.

Today, which marks the day before Al-Jubouri resumes his duties, hundreds of Baiji residents demonstrated demanding the return of Saad Khazal to the position of deputy commissioner, as he had great achievements, according to what Khazal told Shafaq News Agency.

In his turn, al-Jubouri said in a post on his official Facebook page that what happened is nothing but Political disputes that harm the Baiji society, "which deserves nothing but respect, appreciation and sacrifice."

He added that his dismissal resulted from a political agreement between the National Mass Bloc and the representatives of Al-Jeesat tribe, to form a coalition in the upcoming elections. The position of the deputy commissioner was included in the agreement's provisions.

"We participated with the security forces and al-Hashd al-Shaabi in the battles to liberate Baiji from ISIS; we are removing the rubble and opening the streets. We also contributed to the return of the displaced families that cost us a lot", he pointed out.

Al-Jubouri considered that the decision to dismiss him, "is not based on convincing and legal reasons. We filed a grievance with the Supreme Administrative Court and the case was settled in my favor."

It is noteworthy that the governor of Saladin issued an order last year to dismiss Muhammad al-Jubouri from the position of deputy commissioner of Baiji, and replace him with Saad al-Khazal.

The Iraqi judiciary revoked most of the decisions to exempt and replace the directors of departments and administrative units after they were subject to the prime minister's powers after the provincial councils were dissolved in late 2019.