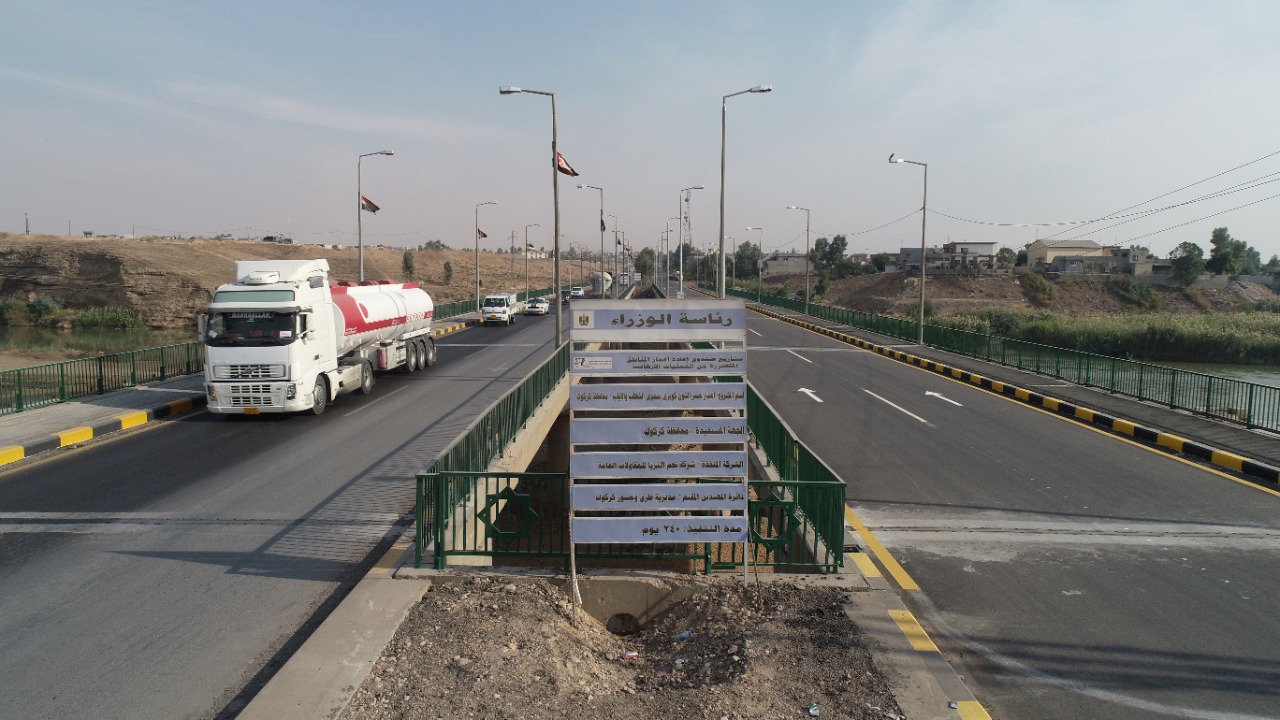 Shafaq News / During a ceremony that took place on Tuesday, a rehabilitation project was completed, and the Alton bridge was opened to traffic more than three years after its collapse due to the events of October 16, 2017.

The cost of rehabilitating the bridge amounted to 692 million dinars, and was allocated from the Fund for Reconstruction of Areas Affected by Military Operations Against Terrorism.