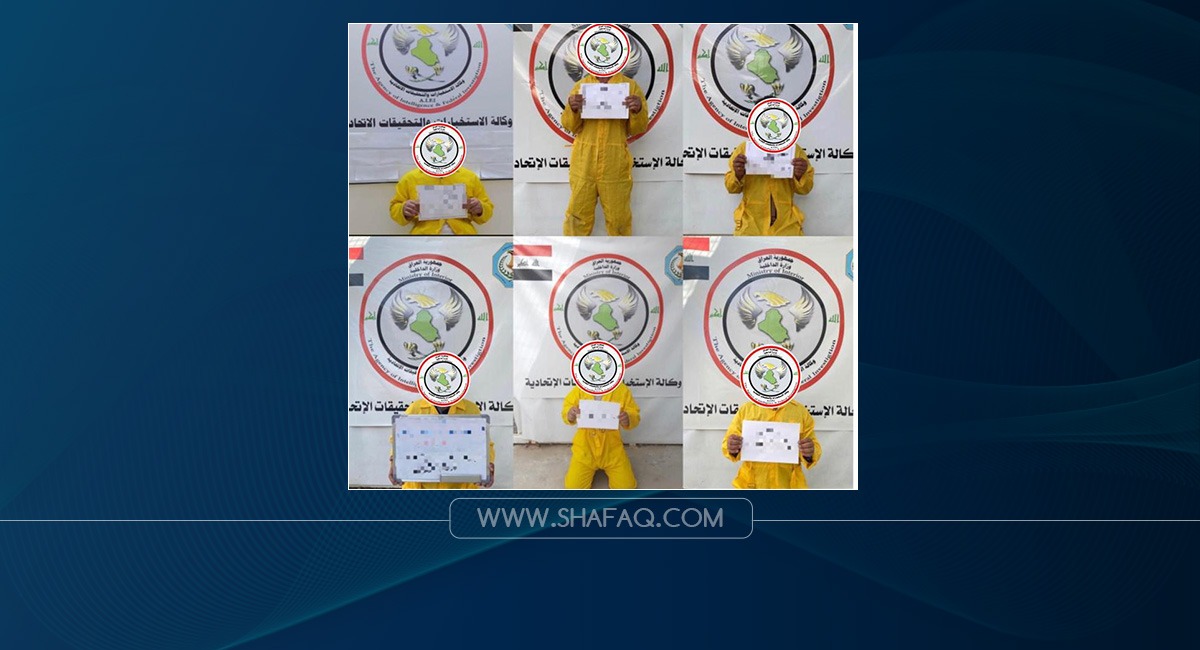 The Security Media Cell said in a statement, "the Federal Intelligence and Investigations Agency at the Ministry of Interior had arrested a terrorist cell composed of six members in Kirkuk Governorate."

The Cell added, "The detainees admitted to conducting terrorist operations against security forces and citizens, they also worked in one of the sleeper cells in Kirkuk."

They referred to the judiciary “to take the necessary legal measures”, the statement said.