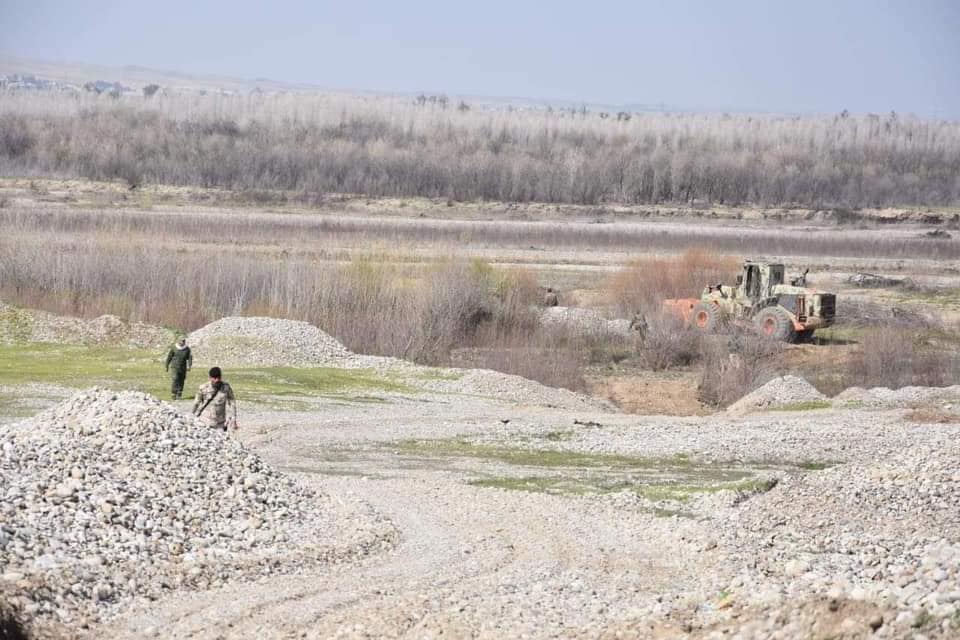 Shafaq News/ A local official in Saladin said that the land clearing of the Middle Islands in the Tigris, extended between Tikrit outskirts and Mukeshefah in Saladin, has reached its halfway point.

"The plan is executed by Samarra operations from Somoon area at Samarra outskirts to Mokeshefah, and from al-Zalaya territory in Tikrit to Samarra by Saladin operations."

"The plan was devised based upon information about ISIS operatives seeking shelter in the islands exploiting the bushy topography of the territory to establish fortified hideouts and a launchpad to attacks on civilians and security forces away from the security control."

Mukeshefah lies on the road Linking Samarra and Tikrit, 130 kilometers to the north of Baghdad and 25 kilometers away from Tikrit.

ISIS had launched several security operations against civilians, security forces, and al-Hashd al-Shaabi fighters in the sub-district over the past year.