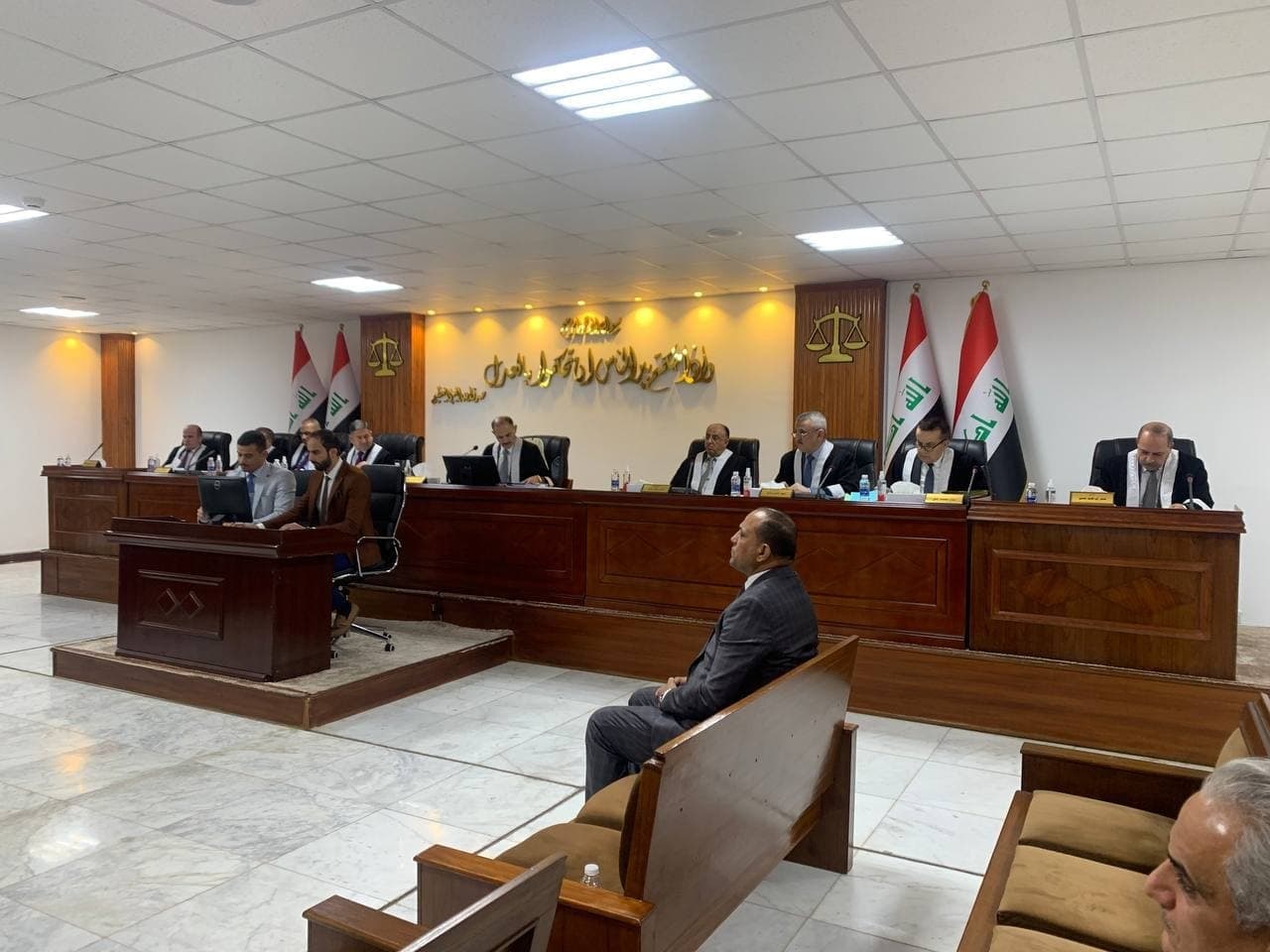 Shafaq News/ The Biden administration and U.S. military leaders are increasingly concerned about rising tensions with Iran, and they are looking at the new year as a potential flashpoint, according to two defense officials and two administration officials familiar with the matter.

The growing confrontation with Iran has prompted a debate inside the administration about how to respond to attacks and provocative acts by Iran and its proxies in the region, current and former U.S. officials said.

Tensions ratcheted up after the attack on the U.S. military base known as At Tanf Garrison in southern Syria on Oct. 20, when five so-called suicide drones packed with explosives and shrapnel were launched at the base. No U.S. troops were killed in the assault, but several structures were badly damaged.

Three U.S. defense officials and two administration officials said that Iran was behind the attack and that it launched it through proxy forces with the intention of killing U.S. troops. In an interview with Time magazine, the commander of U.S. Central Command, Marine Gen. Frank McKenzie, did not blame Iran for the attack. He said whoever conducted it “was clearly trying to kill Americans.”

Iran launched the attack in retaliation for an Israeli strike in Syria that killed and wounded several Iranian citizens, the U.S. officials said. The Israeli strike targeted a shipment of advanced missile parts intended for Iranian-backed groups operating in Syria.

The U.S. military had warning that the drones were inbound, and it was able to move most of the 200 U.S. soldiers away from the base to avoid any casualties, according to the five officials.

The Biden administration called for options to respond.

Within hours of the attack, McKenzie briefed Defense Secretary Lloyd Austin on options to retaliate against Iran. The options were largely kinetic, the five officials said, including airstrikes against targets in Iran that could lead to the deaths of Iranians. But senior Biden administration officials worried that killing Iranians would escalate the situation and asked for more options.

CENTCOM came back with a second round of options that included airstrikes and cyber possibilities, which Austin and the chairman of the Joint Chiefs of Staff, Army Gen. Mark Milley, briefed to the White House. Ultimately, the interagency team decided to respond with diplomacy, sending a message to Iran rather than delivering airstrikes or a cyberattack, according to one of the defense officials and one of the administration officials familiar with the response.

“The interagency reviewed more options available to send Iran to make clear to Iranians how seriously we would take any future lethal strikes,” the administration official said.

Despite the U.S. message, the At Tanf base was threatened again this week, when two drones breached the immediate area around the garrison. A British fighter jet fired an air-to-air missile to shoot down one drone, while the other flew away. Defense officials are not certain whether it was an attempted attack that was thwarted or whether the drones were probing U.S. defenses. Either way, the incident only intensified concerns that threats to Americans will escalate in the coming weeks, two U.S. military officials said.

The attack on At Tanf and other incidents — including a drone assault on a commercial oil tanker, the MT Mercer Street, in August off Oman, which the U.S. and Britain blamed on Iran — have sparked a debate inside and outside the administration about how to deter Iran without igniting an all-out war, with some senior military officers favoring a tougher line, according to two current and one former U.S. official with knowledge of the discussions.

Asked for comment, the White House referred NBC News to a conference call it conducted last week, when a senior administration official said that after months of attacks by Iran against Americans in Iraq under the Trump, the Biden administration “used a combination of deterrence, including two rounds of airstrikes, and also a lot of diplomacy to both deter and also de-escalate some of these tensions.”

“So, since July, we’ve had about five months of calm — so the longest period of calm we’ve had in Iraq, I think, really in three years. And we’re looking for that to continue,” the official said. “But we very much anticipate, heading into the first part of next year, there’s the anniversary of the Soleimani strike, there’s Iraq’s government formation process and a few other milestones, that some of these attacks might start up again. But we’ll be very ready for that and prepared.”

One of the main reasons U.S. officials believe Iran and Iranian-backed groups will increase attacks against U.S. troops in Iraq and Syria around the new year is that the U.S. military is scheduled to officially end its combat mission in Iraq on Dec. 31, according to an agreement between the U.S. and Iraq.

On Dec. 9, the Iraqi government announced that U.S. troops had ended their combat mission. In reality, U.S. troops in Iraq made the transition to a training mission in July 2020, and thousands of U.S. troops will remain in both Iraq and Syria in this advisory role into 2022. The announcement was meant to ease pressure on the Iraqi government by Iranian-backed groups, according to two defense officials and two U.S. military officials.

The commander of Iran’s Quds Force, Sardar Qaani, warned Americans this month that it will take action against U.S. troops still in the region after the deadline.

“After January 1st, all bets are off,” a U.S. defense official said.

U.S. officials are also watching the second anniversary on Jan. 3 of the U.S. assassination of Gen. Qasem Soleimani, then the leader of the Quds Force, as another possible flashpoint.

“We are aware of potential threats that could increase in the coming weeks, and we are making sure we are going to be ready for them,” an administration official said.

Michael Knights of the Washington Institute for Near East Policy, who tracks Iranian-backed militia activity, said he expects the militias to mark the anniversary of Soleimani’s death and the new year, when they believe U.S. troops should be completely withdrawn from the country. But he said it is unclear how far they will go.

The drone flight last week over At Tanf and drone flights this month in Erbil in northern Iraq, where U.S. forces are located, suggest that the militias are probing U.S. defenses at military outposts, Knights said.

The militias’ track record over the past year “shows they’re quite cautious” and have tried to avoid killing U.S. troops or personnel, as that would be likely to trigger a U.S. military response, Knights said.

“My gut feeling is they are going to try to do non-lethal things — to do the minimum to placate the support base,” he said.

For the U.S. and its allies, the question of how best to respond to Iran and its proxies is closely tied to efforts to prevent Tehran from acquiring nuclear weapons through diplomacy and economic pressure.

Some U.S. officials worry that retaliating to every provocative Iranian action could prove counterproductive and derail talks between Iran and world powers to revive a 2015 nuclear agreement. But others, including former Democratic lawmakers and some prominent former Obama administration officials, argue that only the threat of military force will ensure that diplomacy succeeds.

The group called for high-profile military exercises and for responding to attacks by Iran or its proxies, citing the attack on the At Tanf base in October.

“There’s a need for them to see that we will respond to some of these attacks,” said Dennis Ross, who crafted Middle East policy under several presidents. Iran’s “readiness to do these things shows a loss of fear,“ he said.

The 2015 nuclear deal, known as the Joint Comprehensive Plan of Action, or JCPOA, eased sanctions on Iran in return for strict limits on its nuclear activities. But President Donald Trump pulled the U.S. out of the agreement in 2018 and reimposed sanctions. Iran has since breached the restrictions on its nuclear program, enriching uranium to up to 60 percent purity, using advanced centrifuges and hampering the work of U.N. inspectors.

Talks in Vienna on the nuclear accord have stalled since the election of a hard-line cleric, Ebrahim Raisi, as Iran’s president in June. Iran and the other parties finally agreed to an agenda for the discussions on Friday, but U.S. and European officials struck a pessimistic tone.

“So we made some progress, not enough, certainly, at a pace that will not be sufficient to get to where we need to go before Iran’s nuclear advances render the JCPOA a corpse that cannot be revived,” a senior State Department official told reporters Friday.

“There is a diplomatic path. It is a preferred path,” the State Department official said. “If it’s not chosen, then unfortunately, we will have to look at other tools to ensure that the president’s goal, his commitment, which is that Iran will not acquire nuclear weapon, is realized.”

Another administration official said that the Biden administration is not going to allow a nuclear Iran on it watch and that it will have to act soon.

“The options are closing down, and people are starting to see that,” the administration official said.

Experts and former U.S. officials say it could be only a matter of months before Iran reaches the stage where it becomes a nuclear threshold state, with the technical ability to quickly build nuclear weapons if it chose to.

The State Department did not immediately respond to requests for comment.

Iran’s mission to the United Nations did not comment directly on the At Tanf incident, but it said U.S. troops stationed in Syria were violating that country’s sovereignty.

“The position of the Islamic Republic of Iran on its presence in Syria has always been abundantly clear. Iran is in Syria at the invitation of the legitimate, UN-recognized government of the Syrian Arab Republic and plays an advisory role there. It is, in fact, the United States — as the violator of Syrian sovereignty — that should be aware that itself has direct responsibility for any such trespass,” Iran’s U.N. mission said in an email.

The Israeli government worries that Iran could soon conceal aspects of its nuclear work in a way that would make it impossible for the outside world to verify whether it had nuclear weapons or was on the verge of a nuclear capability, said Jacob Nagel, who was acting national security adviser to former Israeli Prime Minister Benjamin Netanyahu.

“We are getting down to the decision point,” Nagel said.

David Barnea, the chief of Mossad, Israel’s national intelligence agency, said this month that Israel will do “whatever it takes” to ensure that Iran never builds a nuclear weapon.

During a visit to the U.S. last week, Israeli Defense Minister Benny Gantz said he had informed U.S. officials that he had ordered the Israeli military to prepare for a potential strike against Iran

Iraq to push for better relations between Iran and Saudi Arabia

Iran's foreign minister: I stood where it is suitable for Iran

Al-Halboosi postpones his visit to Iran for "constitutional obligations"