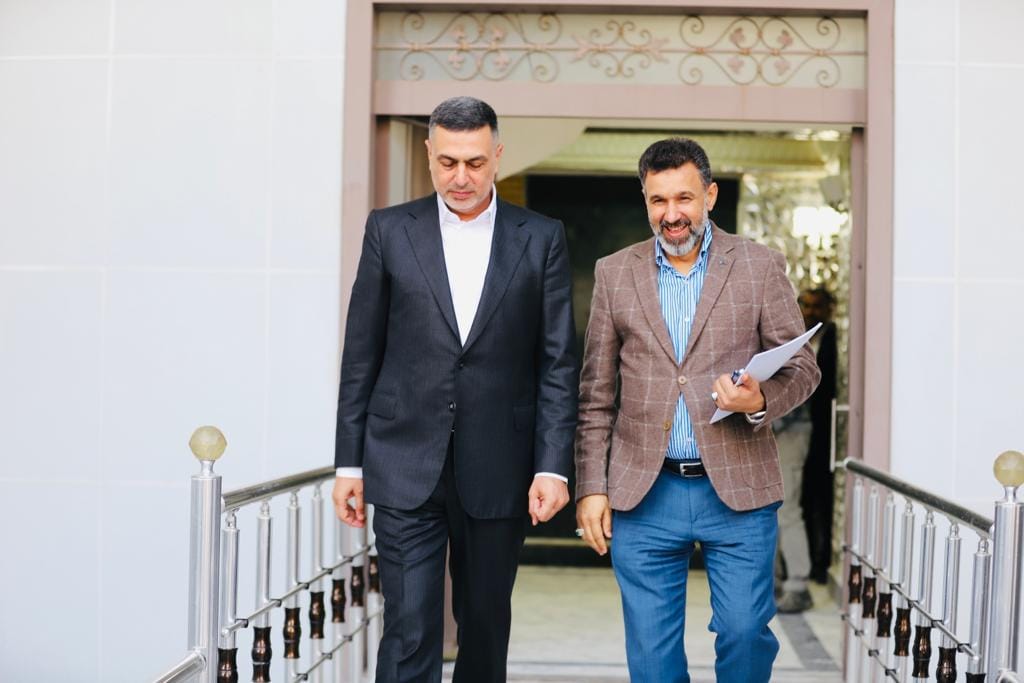 Shafaq News/ The head of Tasmim (Determination) alliance, Amer al-Faez, on Sunday refuted the media reports about joining the Sadrist bloc that emerged after the visit of the Governor of Basra, Assaad al-Eidani, to the Politburo of the Shiite movement led by the Populist Shiite Cleric Muqtada al-Sadr.

Al-Faez said in a statement this morning, "as a head of the bloc, I say: we have good ties with the Sadrist movement, similar to our ties will all the other blocs -the Coordination Framework included, but we did not join the Sadrist bloc."

"The visit of the leading figure in Tasmim to the political commission of the Sadrist movement was a protocol. It is a part of our movements. We met earlier with leaders from the Coordination Framework. In all the previous meetings, we indicated and emphasized Tasmim's position. We are with the Shiite majority, and we will not take a side with any party at the price of sapping the Shiite strength."

Yesterday, Saturday, the head of the Sadrist movement's Politburo, Ahmad al-Mutairi, hosted al-Eidani in the Politburo's headquarters in the Iraqi capital, Baghdad.

A statement by the movement said that al-Eidani endorses al-Sadr's "majority" approach to forming the upcoming government.

In the aftermath of the Peshawar terror attack, Al-Sadr calls for "closing ranks"