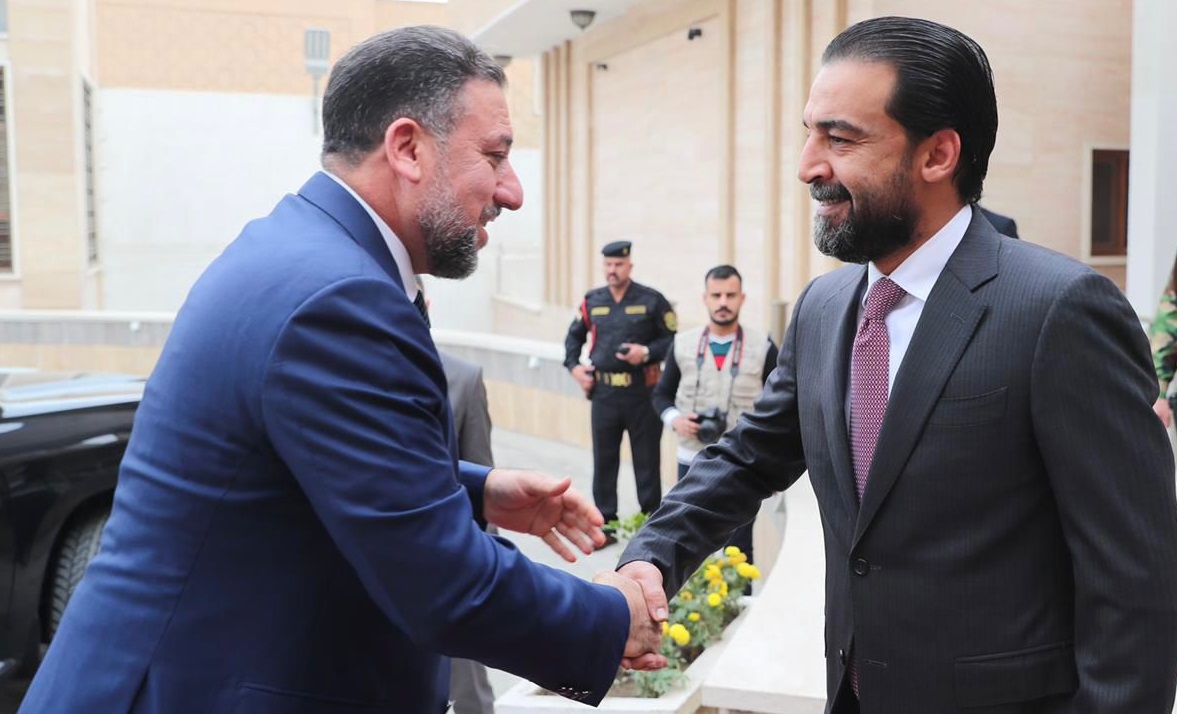 Shafaq News/ On Wednesday, the Progress (Takadum) Alliance headed by Muhammad Al-Halbousi called the Al-Azm Alliance to join it in an "inclusive alliance" in the new parliament.

In a statement, Takadum said, "as the Iraqi Parliament approached its first session, and we believe in the necessity of unifying positions to achieve Iraq's unity and sovereignty…we express our sincere desire to unify political action in our dear governorates.”

“We call on Khamis al-Khanjar and the honest people in the Al-Azm Alliance to bear responsibilities in leading the next stage in an all-inclusive alliance with its brothers in the National Progress Alliance.”

He added, "We believe that the humanitarian and political stances of Al-Khanjar are a source of pride, hoping that we will work together for the stability of the country and the service of the citizen."

It is worth noting that the Sadrist bloc emerged as the clear winner with 73 seats in the 329-seat parliament. Takadum party, one of two main Sunni political groups and led by the speaker of the outgoing parliament Mohammed al-Halboosi, followed with 37 seats. Former prime minister Nouri al-Maliki's State of Law bloc came third with 33 seats.