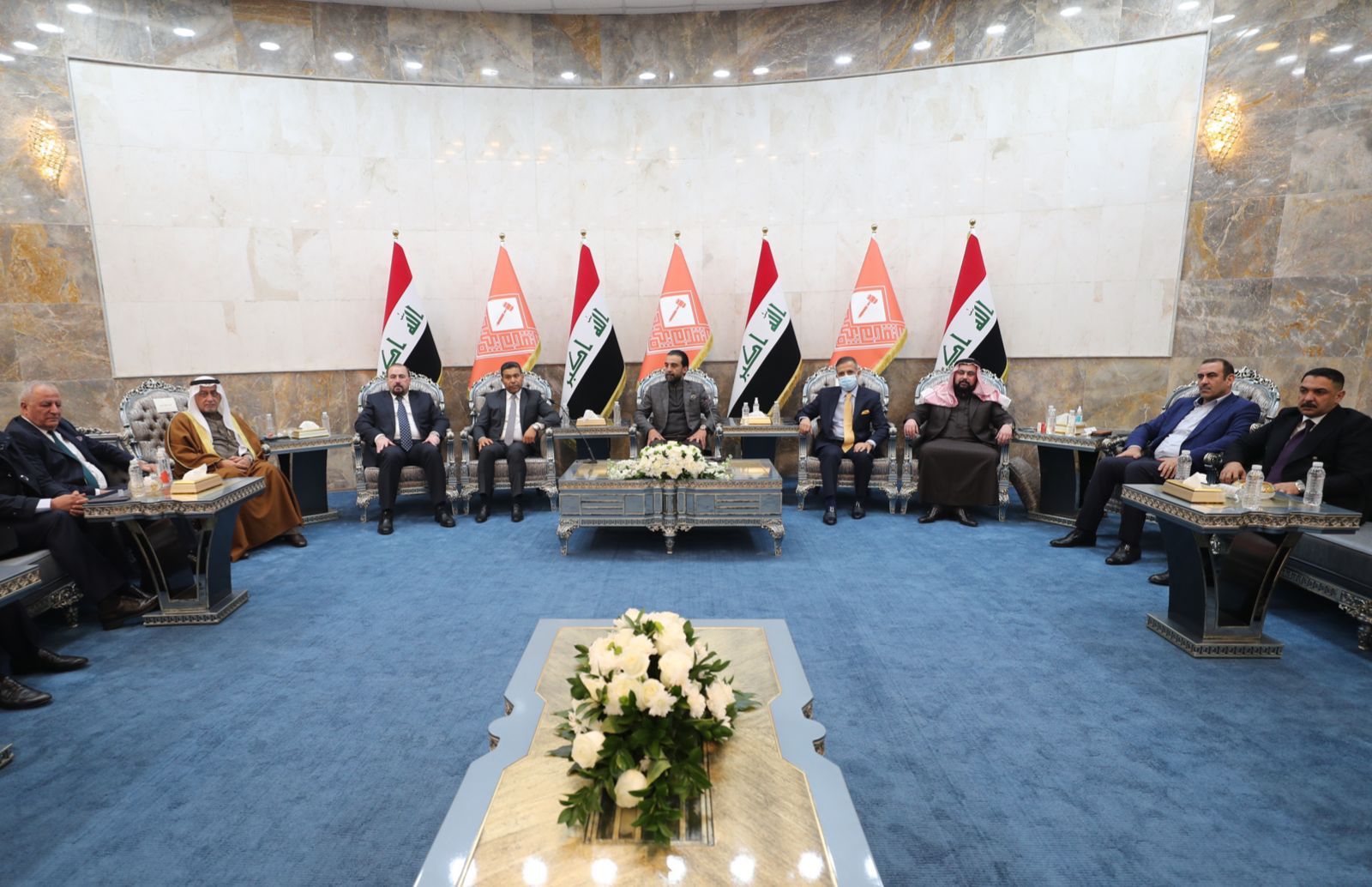 Shafaq News/ The Takadum (Progress) Alliance led by Muhammad al-Halbousi announced that it would prepare a "political paper" that includes his vision and ideas to be presented to the political partners.

In a statement, the Coalition said, "The Leadership of Progress held, today, Monday, a meeting in which it decided to prepare a political paper includes the Coalition's vision and ideas in managing the State, the outcomes that positively reflected on the Iraqi citizen and the liberated areas that suffered during the previous stages.

According to the statement, the Alliance stressed the necessity to adhere to the constitutional timings, including approval of the election results and forming a government capable of meeting the aspirations of citizens."

"Any delay in these timings will negatively reflect the political process and the Iraqi street," Takadum concluded.

Takadum is leading an initiative to form the upcoming government, including the Sadrist movement, led by the Shiite cleric Muqtada al-Sadr and the State of Law Coalition, Nuri al-Maliki, a member of Asa'ib, the Sunni bloc said on Monday.

Earlier, a member of the Takadum, Yehya al-Ithawi, said, "the bloc has approached the political parties, primarily the Sadrist movement and the State of Law. We have understandings with these parties to form the government after ratifying the results."