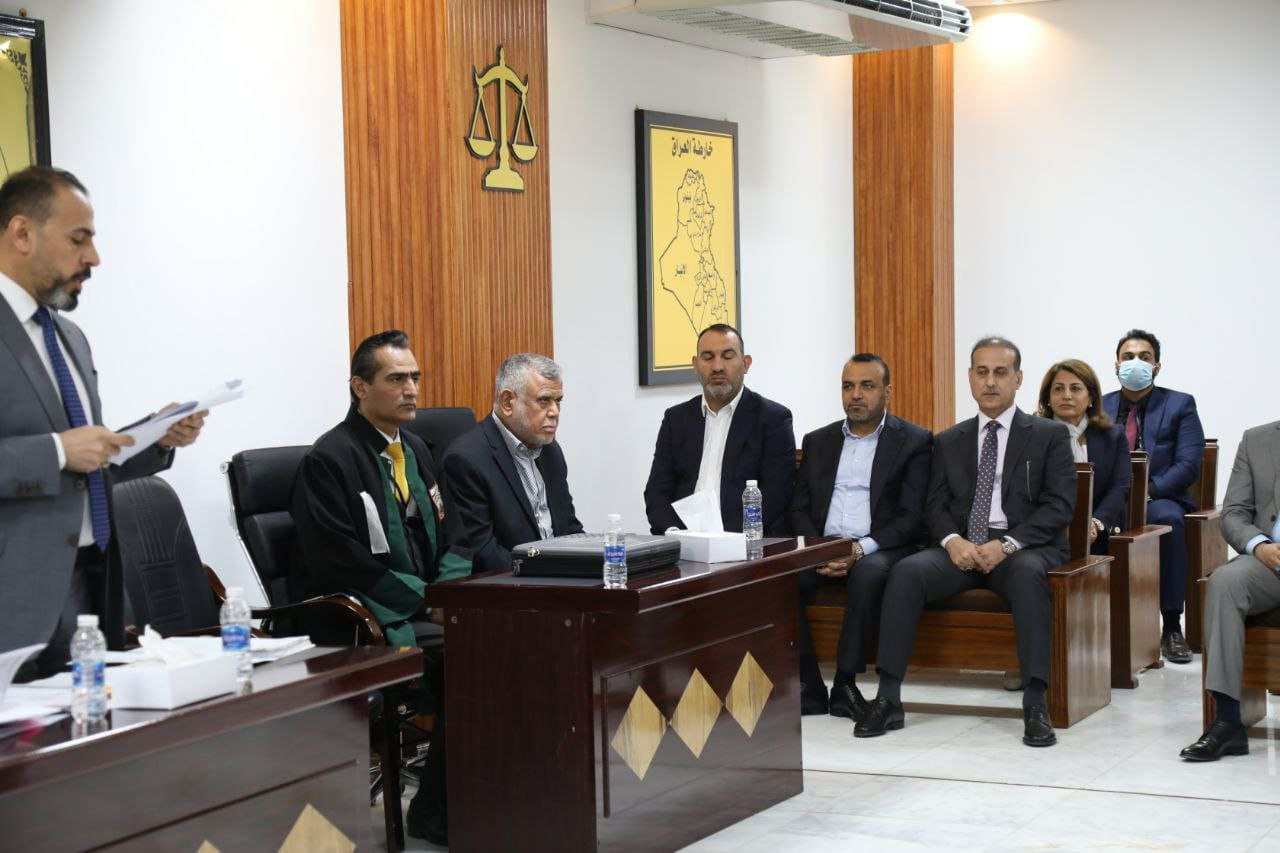 Shafaq News/ The Iraqi Supreme Federal Court will look into a lawsuit to annul the October 10 election result on December 13, a source revealed on Sunday.

The source said that the highest judicial authority will convene on December 13 to look into the evidence and documents presented by the head of al-Fatah, MP Hadi al-Ameri.

The leading figure in al-Fatah alliance, Ahmed al-Asadi, said that the argument of the plaintiff party is based on the report of the German company Hensoldt.

Al-Ameri asserted that the Alliance would follow legal measures and not resort to escalation through protests and demonstrations.

Some Baghdad political observers expect the coordination framework groups to return to protests to impose their conditions.

The final results of the Electoral Commission showed that al-Fatah won 17 seats, compared to 48 seats in the previous parliamentary session.

Al-Fatah based its arguments on an old report that claimed the voting machines of the German firm, Hensoldt, were not adequate. Hensoldt was tasked with auditing the devices and software used to count and compile votes of the 2018 elections.

"The election results proved the incompetence of the [electoral] commission to manage it [the vote]," al-Ameri a press conference.

He indicated the Alliance had doubts about these devices from the beginning, saying the Commission did not submit any report on the elections until the dissolution of the parliament, and this is a legal violation.

The Alliance submitted appeals to the Federal Court with evidence of forgery, and it has six reports on the Commission's violations of the law.

During a press conference, lawmaker Adnan Faihan, a member of Asa'ib Ahl al-Haq, said that the German company confirmed there were issues in reading voters' fingerprints.

Last week, the Electoral Commission responded to reports about the German company, stressing that there was no election fraud and judicial verdicts are decisive and binding to all.

Member of its media team, Imad Jamil, said that claims about the company were observations reported before the elections.

Jamil explained that the company was brought to the counting center and examined the devices and spare parts, and the producing Korean company processed them.

He stressed that the Commission did not conceal the report of the German company, which indicated that the procedures for opening, closing, transferring, and other related procedures were done correctly.

Jamil also indicated that the Commission responded to several voting issues promptly, and the electoral system's problems did not impact the results.

The company pointed in its report that the Commission addressed quickly and effectively all problems, which allowed the verification of data inputs and outputs on multiple levels, Jamil noted, stressing that no foreign party attempted at any time to influence the review or interfere with it.