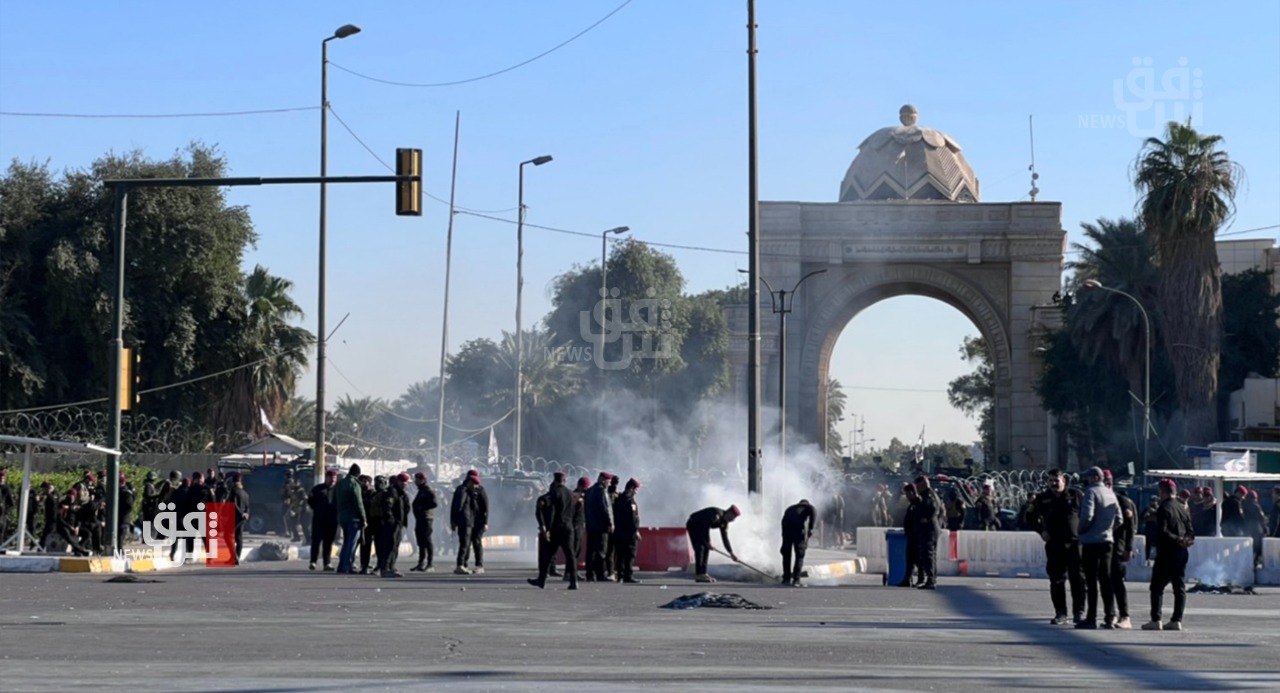 Shafaq News/ On Friday evening, Supporters of the forces and factions affiliated with the Shiite  Coordination Framework started to remove their sit-in tents from the center of the capital, Baghdad.

"At 1600 local time, the protesters began to remove the tents and gradually withdraw in front of the gates of the heavily-fortified Green Zone." A security source told Shafaq News Agency,

It is worth noting that the Coordination Framework had called its supporters to suspend their demonstrations after the Federal Court approved the election results.

Since mid-October, the Framework's supporters demonstrated against the election results, which they said were fraudulent.

The demonstrations turned into violent acts when clashes erupted with security forces and resulted in two demonstrators' killings and the injury of dozens from both sides.

On Monday, the Federal Supreme Court ratified the results of the Iraqi parliamentary elections held on October 10.

By taking this decision, the Federal Court resolved a three-month controversy over the election results, which were rejected by some blocs, including the Shiite Coordination Framework that escalated its position by protesting for more than two months in front of the gates of the Highly-fortified Green Zone in Baghdad.