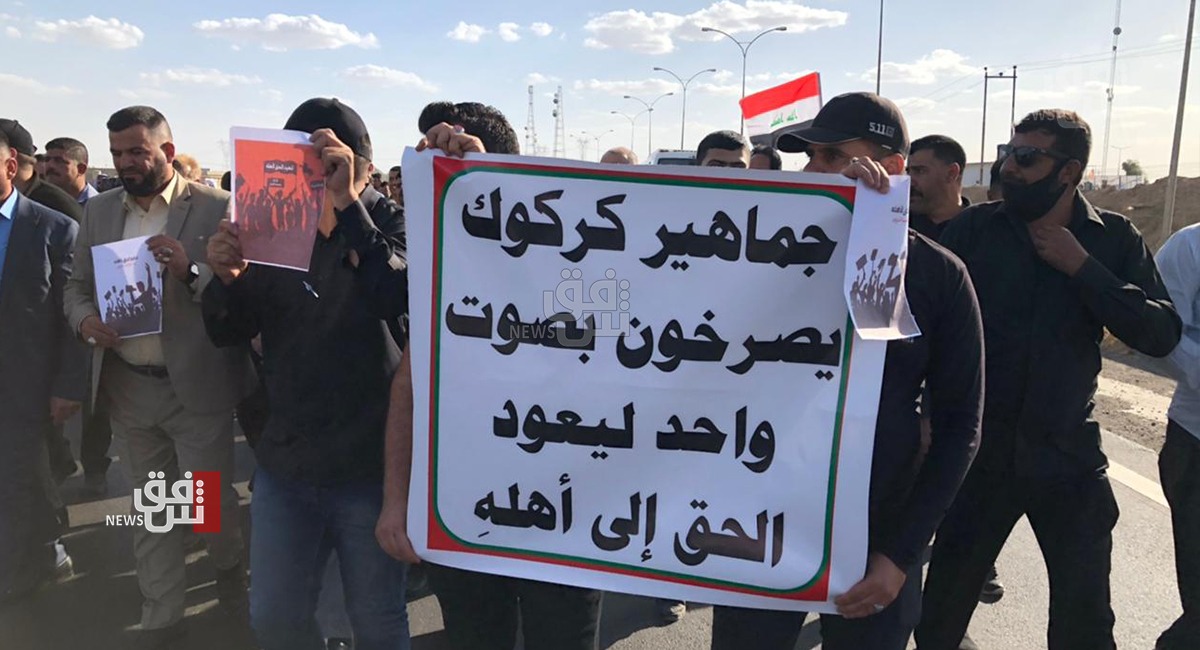 Shafaq News/ Dozens of locals in Kirkuk organized a demonstration to protest the poll's results announced by the Independent High Electoral Commission (IHEC) and blocked a main road in the governorate.

Shafaq News Agency correspondent said that a group of demonstrators gathered in the Taza sub-district, south of the governorate, and blocked the road leading to Baghdad.

The demonstrators called on the Iraqi government to annul the results of the October 10 election.

Over the past few days, proponents of Shiite blocs took the street of several Iraqi governorates to protest the unsatisfying results of the election.

The results of the early parliamentary election showed the Sadrist movement maintaining the most seats in parliament, leading in several of Iraq's 18 provinces, including the capital, Baghdad. Al-Sadr, a controversial leader remembered for leading an insurgency against U.S. forces after the 2003 invasion, appeared to have increased his movement's seats in the 329-member parliament from 54 in 2018 to 73.