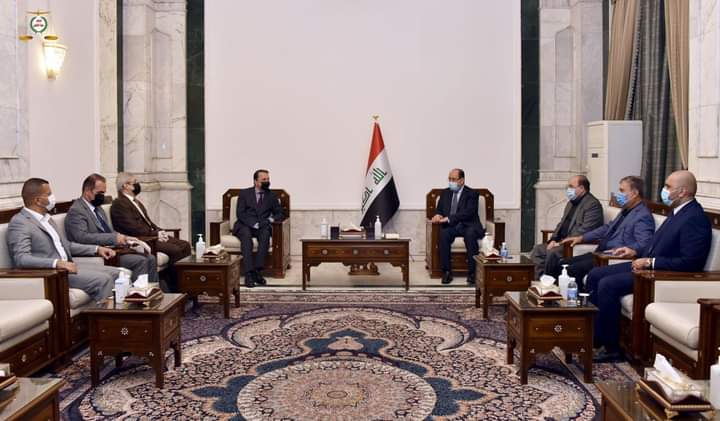 Shafaq News / The leader of the State of Law coalition, Nouri al-Maliki, said on Thursday that he agreed with a delegation from Kurdistan Democratic Party to reject the amendment of the multiple districts electoral law and adopt the proposal that stipulates the governorate as a single district and Saint Lego law.

A statement by Al-Maliki's office received by Shafaq News agency stated that the latter received in his office today the election official in Kurdistan Democratic Party, Khosro Goran and his accompanying delegation. The meeting touched upon the developments in the political situation and the ongoing preparations for the early parliamentary elections.

The two sides stressed "the necessity of cooperation between the State of Law coalition and Kurdistan Democratic Party in the file of elections among other files".

The statement indicated, "it was agreed to reject the amendment of the election law related to multiple districts and adopt the proposal of the governorate being a single district; to adopt the Saint Lego Law, reject the use of electronic identity in the elections and accept the biometric card only".

The two sides stressed, "the need for continued coordination and cooperation between political forces and national parties to support the political process".

Early elections are scheduled to take place on June 6.

Political blocs are yet to agree on the new election law, which hinders its submission to the Parliament.

Al-Maliki's rhetoric pits him against fellow leader of Coordination Framework