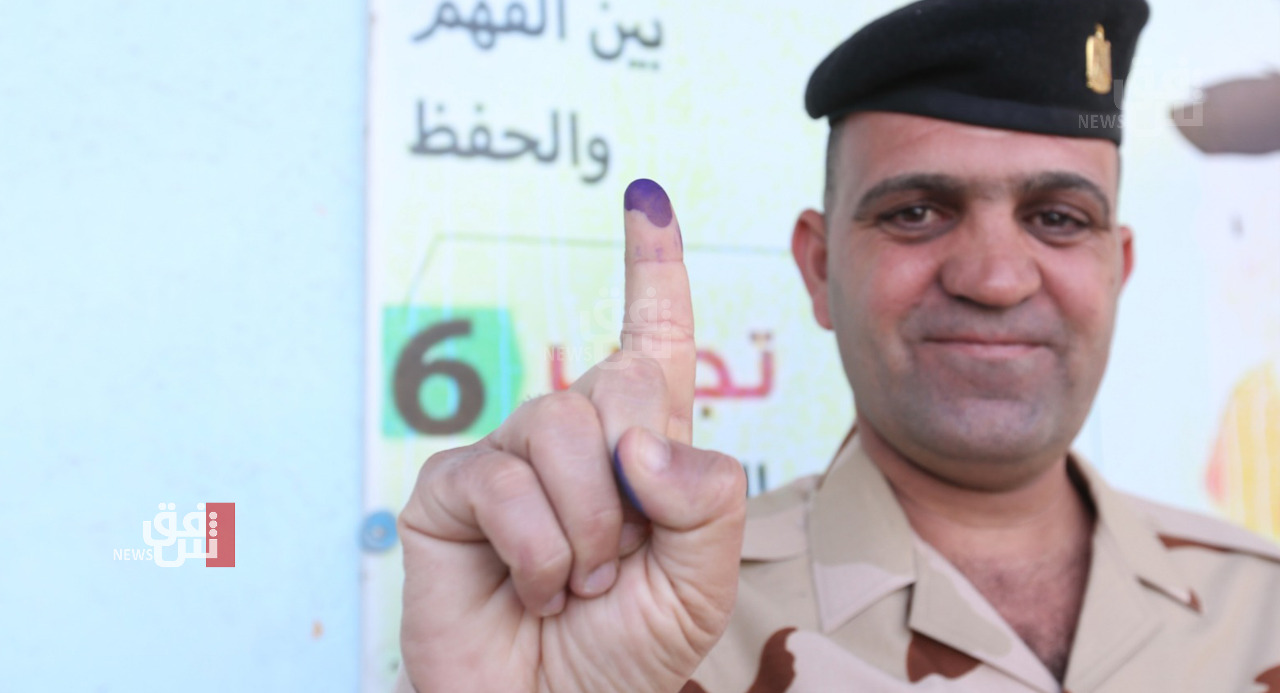 Shafaq News/ Special voting process in Iraq has launched on Friday where 1,196,453 electors from army forces, security bodies,displaced persons, and prisoners will vote before two days from launching the public voting process.

Al-Ghalai explained, "595 voting centers including 2584 electoral stations are specialized for military and security forces to assure voting streamlined and prevent crowding out, where 86 centers including 309 stations distributed on 27 displaced camps. As for prisoners, they have 6 stations distributed as two in AL-Sulaymaniyah and one for each of Erbil, Duhok, Wasit, and Al-Muthanna.