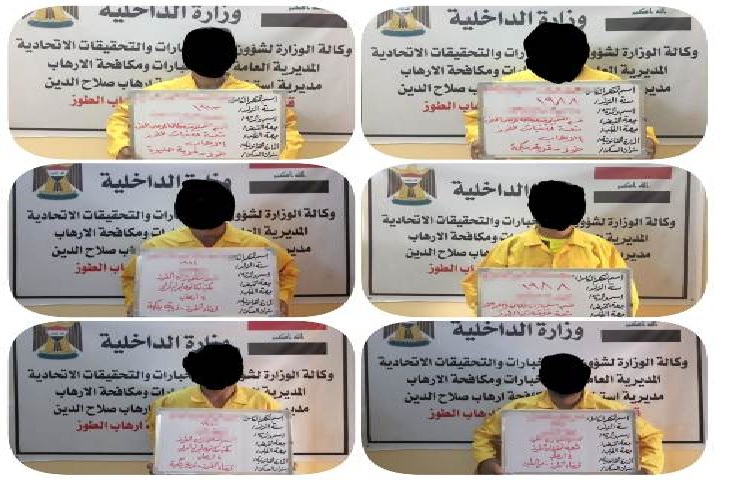 A statement received by Shafaq news agency said that the intelligence teams in Saladin Governorate had received information about the presence of terrorists, who fled from Kirkuk.

Explaining that "after surrounding them,  the Security Forces were able to arrest six terrorists in separate locations in the governorate."

The statement pointed out that "after preliminary interrogations, they admitted being members of ISIS, and participating in several terrorist operations against Security Forces and citizens when ISIS occupied the governorate", adding that "their confessions has been reported, and the interrogation will be continued in order to insure justice"