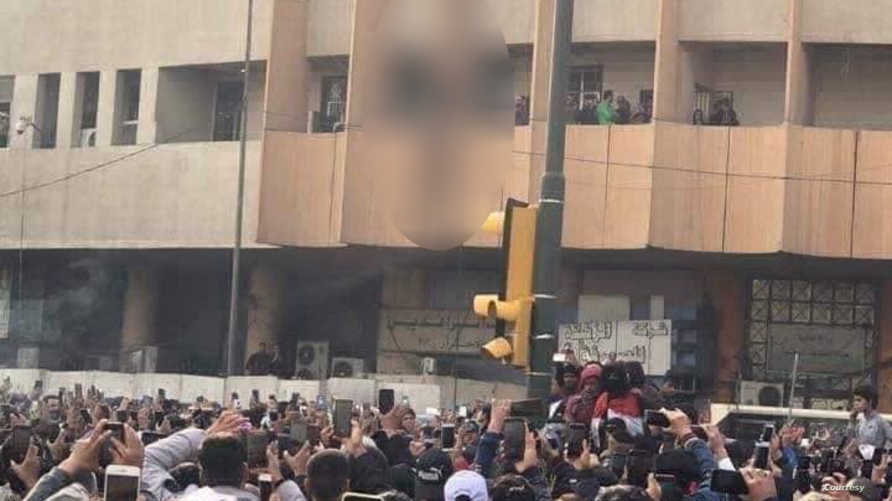 Shafaq News / The Iraqi judiciary sentenced six people to death for their involvement in Al-Wathba Square incident that sparked widespread controversy in the country.

The incident took place during the peak of the popular protests in Baghdad last December, when some people killed a citizen, burned his house, and hung his body on an electricity pole in Al-Wathba Square.

The spokesman for the Commander-in-Chief of the Armed Forces, Major-General Abdul Karim Khalaf, revealed details of the incident, "The victim is a young man under the age of 17. At that time, he had been asking the demonstrators gathered in front of his home to move away. However, they refused to do so. An altercation took place and it quickly developed into a quarrel and an exchange of words".

Khalaf added, "after some protestors threw Molotov cocktails at his house, he fired few shots in the air from a pistol he has. Then, they broke into his house, killed him, dragged him and hung him on the electricity pole".