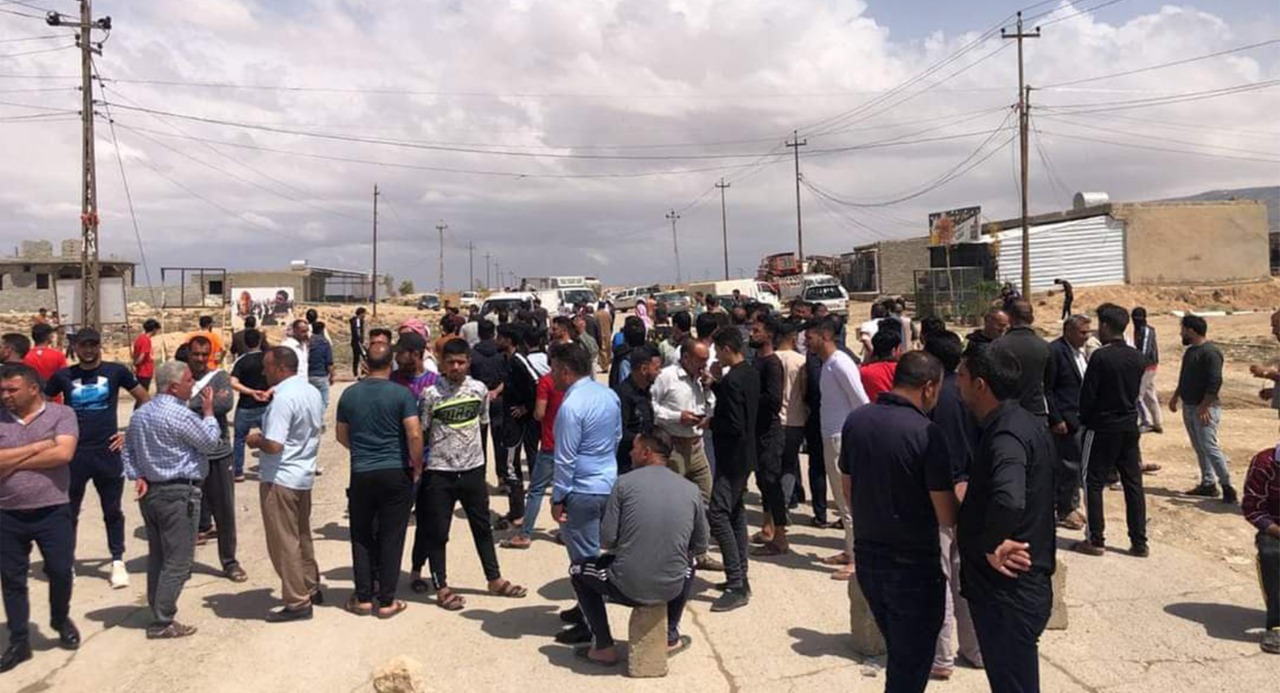 Witnesses told Shafaq News agency that the protestors demanded clearing the apartment complex from all armed presence to prevent the reoccurrence of what happened a few days ago.