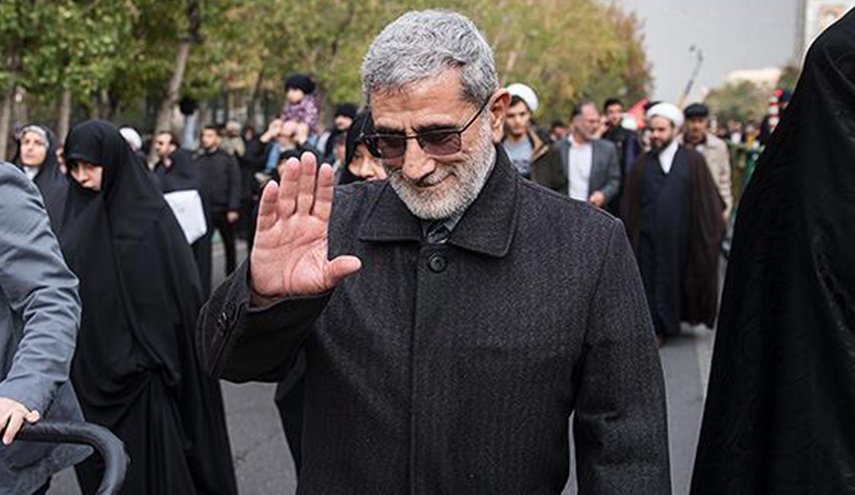 Shafaq News/ The Commander of Iran's elite "Quds" force, Brigadier-General Esmail Qaani, reportedly embarked on a "secret" visit to the Iraqi capital, Baghdad, only a few hours after the U.S. President Joe Biden announced terminating the combat mission of his country's troops in Iraq.

A source told Shafaq News Agency that Qaani will convene with a group of Iran-backed Shiite armed groups to deliberate the agreement Baghdad Sealed with Washington on the complete withdrawal of the latter's forces from Iraq.

U.S. President Joe Biden and Iraqi Prime Minister Mustafa al-Kadhimi on Monday (July 26) sealed an agreement formally ending the U.S. combat mission in Iraq by the end of 2021, more than 18 years after U.S. troops were sent to the country; a step welcomed by Iraqi Shiite political forces.

Coupled with Biden's withdrawal of the last American forces in Afghanistan by the end of August, the Democratic president is completing U.S. combat missions in the two wars that then-President George W. Bush began under his watch.

"Our role in Iraq will be ... to be available, to continue to train, to assist, to help and to deal with ISIS as it arises but we're not going to be, by the end of the year, in a combat zone," Biden told reporters as he and al-Kadhimi met.

There are currently 2,500 US troops in Iraq focusing on countering the remnants of Islamic State. The U.S. role in Iraq will shift entirely to training and advising the Iraqi military to defend itself.

A US-led coalition invaded Iraq in March 2003 based on charges that then-Iraqi leader Saddam Hussein's government possessed weapons of mass destruction. Saddam was ousted from power, but such weapons were never found.