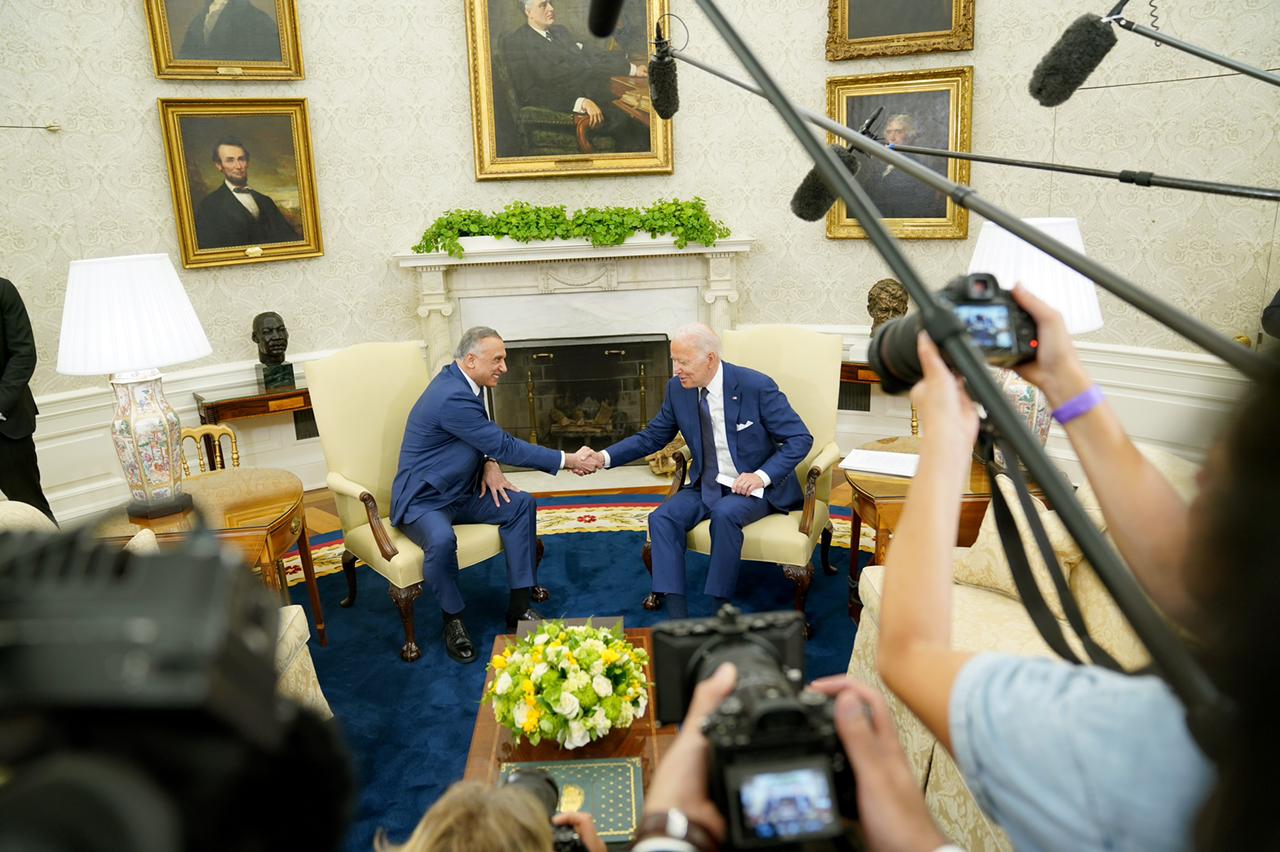 Shafaq News/ Iraqi Shiite political forces welcomed on Tuesday the results of the negotiations conducted by the Iraqi delegation in the American capital, Washington, which resulted in the US President announcement to end the military mission in Iraq.

The "Al-Fatah" led by Hadi Al-Amiri, whose Iran-backed alliance is the second-biggest political force in parliament said in a statement that it "welcomes the national achievement of the Iraqi negotiator by agreeing to the complete withdrawal of the US combat forces at the end of this year," considering this a "positive and advanced step towards achieving full national sovereignty."

Al-Fatah expressed hope that the Iraqi officials will follow up this decision until it is fully achieved.

For his part, the Victory (Al-Nasr) Coalition, led by former Prime Minister Haider al-Abadi, welcomed the results of the 4th round of the Iraqi-American strategic dialogue, noting in a statement that the outcomes are a result of the efforts of the Al-Kadhimi government supported by national forces.

In turn, the leader of the Wisdom (Al-Hikma) Movement, Ammar al-Hakim, said the Prime Minister and the Iraqi negotiating delegation succeeded, with the support of the political forces, “in reach a diplomatic achievement for the country.”

Al-Hakim said in a statement this achievement is a result of “the unified Iraqi position that rejects the foreign military presence and calls to replace it with mutual relations that preserve the interest and sovereignty of Iraq.”

Muqtada al-Sadr, the leader of the Sadrist movement, the largest political bloc in the Parliament called for “stopping the military operations of the "resistance" against the US forces after fulfilling their promise and will withdraw from Iraq.”

He said in a press statement, "Thank you to the Iraqi national resistance…the occupation announced the start of its withdrawal..."

He added, "Thank you for the efforts made to achieve this agreement, especially of Brother Al-Kadhimi."

Al-Sadr added, "The military operations of the resistance must be stopped at all, and we must support the Iraqi security forces, including the army and police, to restore and extend security on Iraqi territory, and to banish the specter of terrorism, violence, intruders and pretenders of resistance."

He concluded, "Iraq is moving towards independence, and we are waiting for sovereignty and prestige."

U.S. President Joe Biden and Iraqi Prime Minister Mustafa al-Kadhimi sealed an agreement on Monday formally ending the U.S. combat mission in Iraq by the end of 2021, but U.S. forces will still operate there in an advisory role.

Biden and al-Kadhimi met in the Oval Office for their first face-to-face talks as part of a strategic dialogue between the United States and Iraq.

"Our role in Iraq will be ... to be available, to continue to train, to assist, to help and to deal with ISIS as it arises, but we’re not going to be, by the end of the year, in a combat mission," Biden told reporters as he and Kadhimi met.