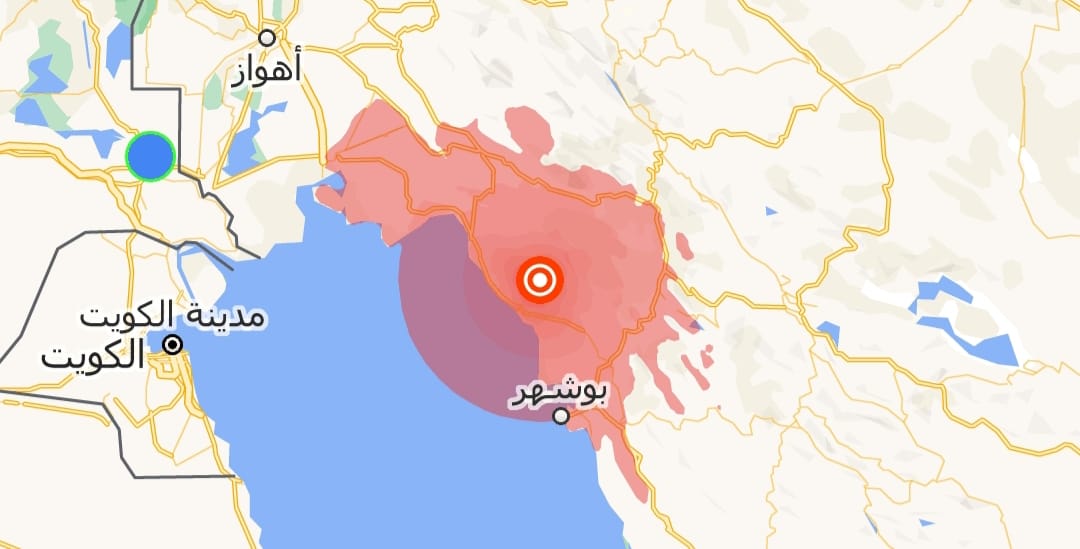 Shafaq News/ A magnitude 5.9 earthquake on Sunday struck Iran's southern province of Bushehr, where a nuclear power plant is located, but there were no immediate reports of casualties or damage.

The Meteorological Organization and Seismology said that the quake was the closest to Basra.

The weather forecaster, Sadeq Atieh, that the wave was sensed in Basra, Kuwait, and Eastern KSA.