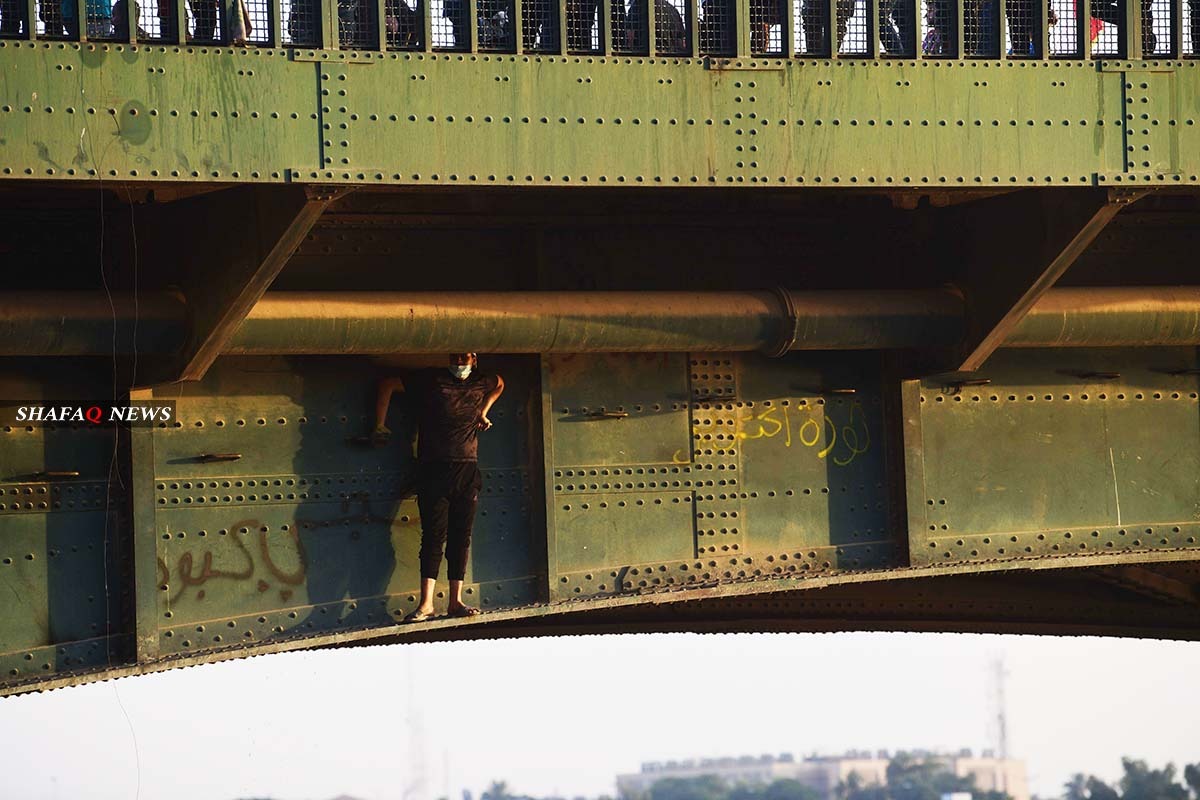 Shafaq News/ A security source reported that security forces had taken control of Al-Sinak Bridge in the center of Baghdad.

The source told Shafaq News agency that the demonstrators withdrew to Al-Khilani Square and its surroundings.

Baghdad and some other Iraqi governorates are witnessing large demonstrations on the first anniversary of 25 October.