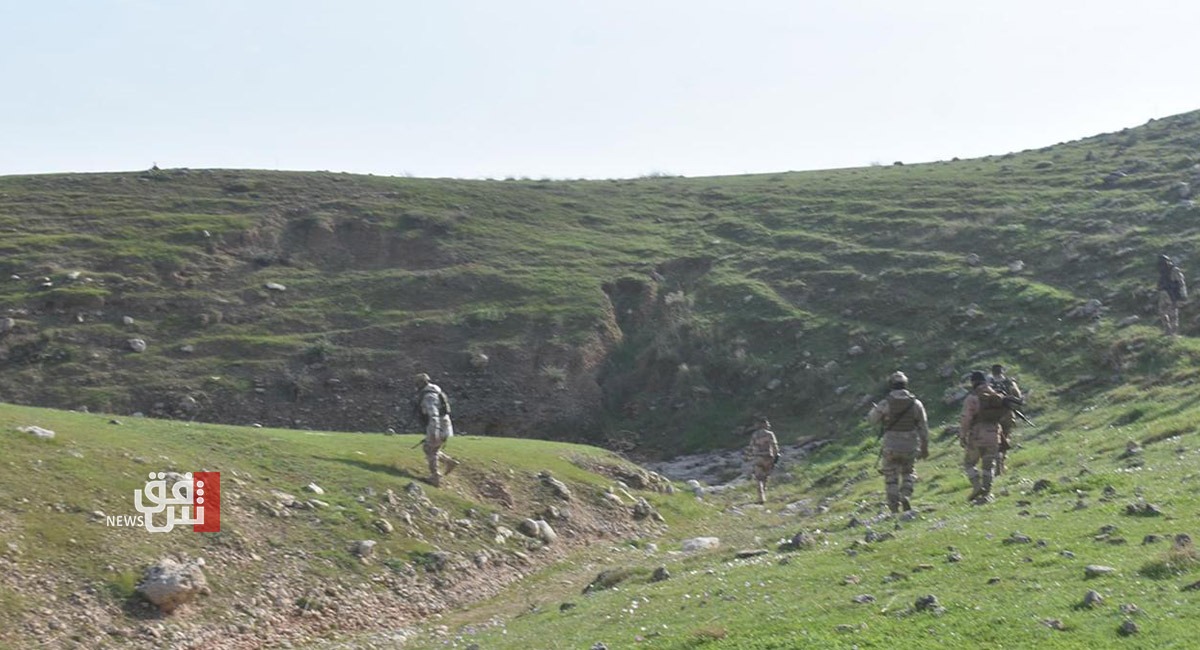 Shafaq News / The military forces carried out an operation to locate ISIS dens in Badush mountains, west of Mosul.