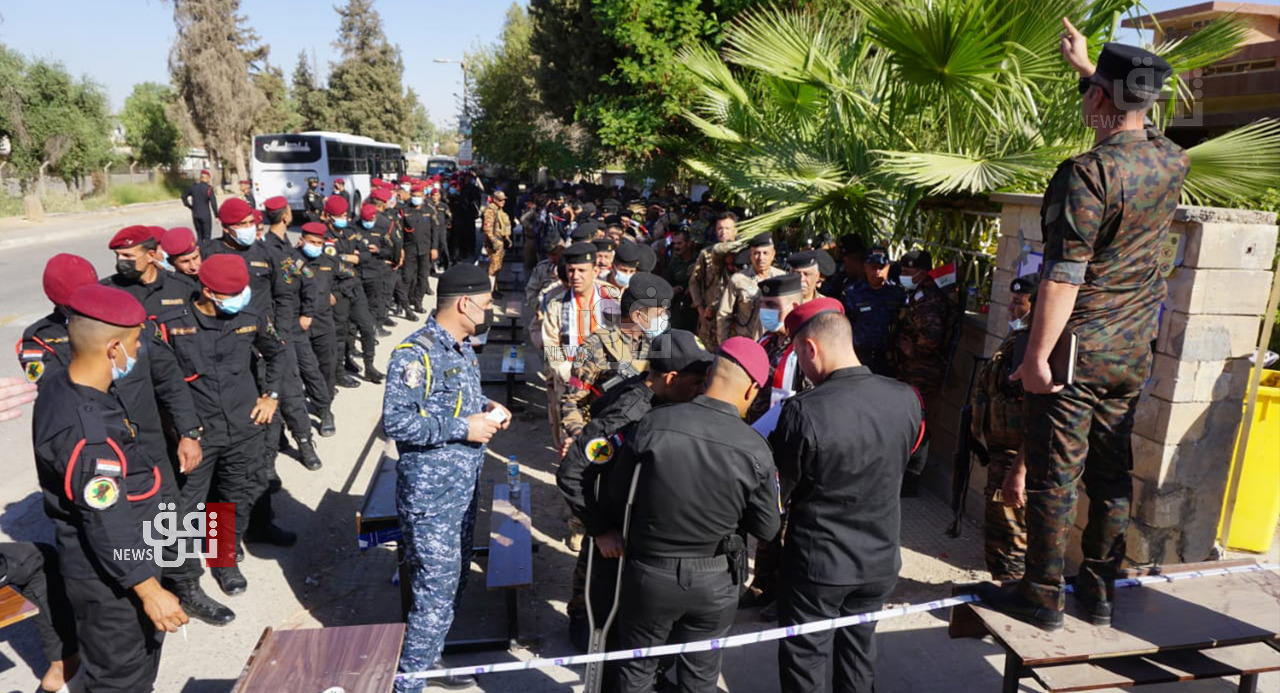 Shafaq News/ The office of the Kirkuk Electoral Commission confirmed that more than 47 thousand security members and more than six thousand displaced people could cast their vote in a special voting process that started at 0700 a.m. on Friday.

An official at the Kirkuk Commission Office, Ali Abbas, told Shafaq News Agency, "The displaced people in Kirkuk, from the governorates of Saladin, Nineveh, and Al-Anbar, will participate in the elections in Kirkuk."

Abbas added, "there are only three electoral districts in Kirkuk 130."

For his part, the commander of the advanced headquarters for joint operations in Kirkuk, Lieutenant-General Ali Al-Fariji, said that the members of the security services provide the necessary protection for polling stations."