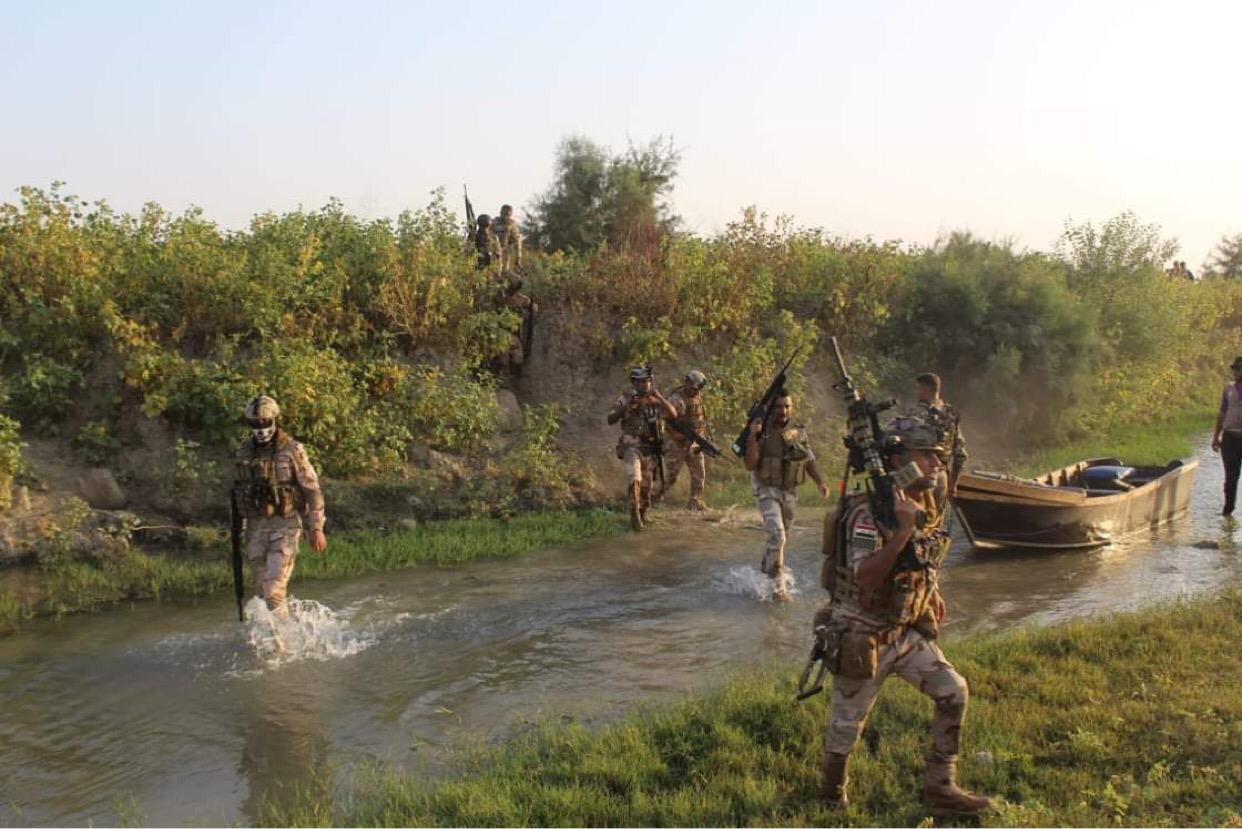 Shafaq News / A local official in Saladin said today, Wednesday, that the Iraqi security forces continue the operations to clear the island of Kanous, between the borders of Saladin and Nineveh, to prevent the return of ISIS to it.

72 hours ago, a massive military campaign was launched with the participation of the army and Al-Hashd Al-Shaabi, to comb the island of Kanous which was the most prominent haven for ISIS terrorists in the country over the past months until it became known as the new "Emirate of ISIS".

The director of the left coast district of Sharqat, Gerges Hijab, said in an interview with Shafaq News agency, "The military bulldozers and the explosives teams of the army and Al-Hashd have completed advanced stages of combing the island of Kanous", adding, "all ISIS terrorists fled the island, leaving their hideouts full of weapons, equipment, explosives and military clothing".

"The security forces will stay for a month on the island until the completion of the operations", He noted.

Kanous is a densely wooded island located south of Mosul. The military commanders in the region say that the organization's terrorists were taking advantage of its "geographical complexity" to launch attacks from it against the military forces stationed in the area.