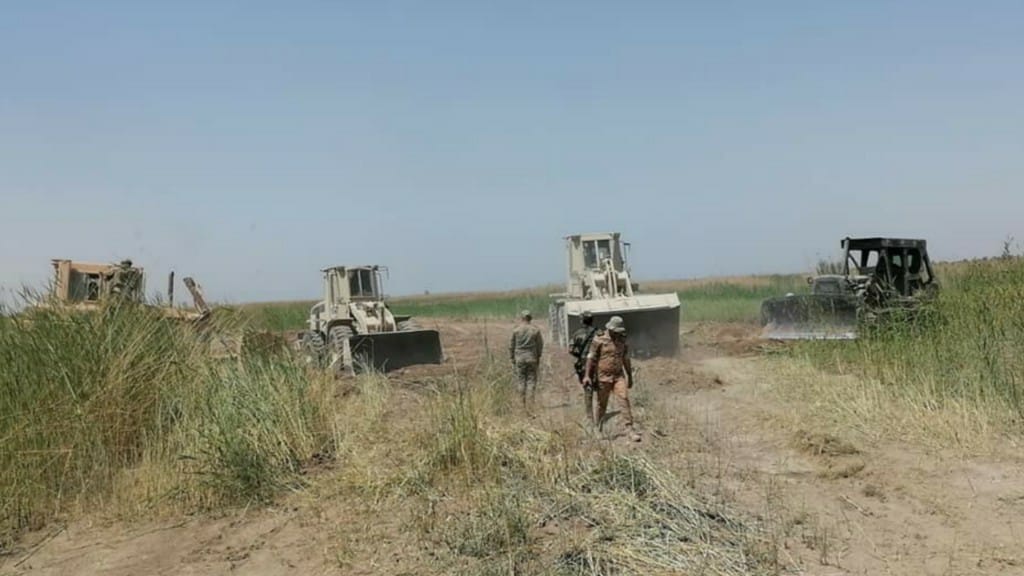 Shafaq News / The director of al-Abbara district (20 km northeast of Baqubah), Shaker Mazen Al-Tamimi, announced that ten agricultural villages had been fortified, and many roads were opened in al-Waqf basin extending between the al-Abbara and Abu Saida areas.

Al-Tamimi told Shafaq News agency that the Quick reaction Forces had installed fixed monitoring towers, patrols, and points forming a security belt in 10 agricultural villages in the Basin, to monitor any suspicious movements of terrorists.

As by al-Tamimi, 25 closed roads in the al-Waqf Basin 15 years ago were opened after securing them, pointing out that the governor of Diyala, Muthanna Al-Tamimi, launched a campaign to rehabilitate and pave the roads that were reopened.

"The combing operations in al-Waqf basin are proceeding at an accelerated pace and following the set goals, which have contributed to achieving security stability. They will be ongoing until complete stability is achieved."

Al-Abbara district is considered one of the hot spots that witness continuous attacks and security incidents, due to its rugged nature and vast area.

The Ministry of Interior had pushed the Federal Quick Reaction Forces to the edges of al-Abbara and Abu Saida within the so-called "al-Waqf strip" (25 km northeast of Baquba) to address the security breaches and bloody attacks it has been witnessing over the past few years.