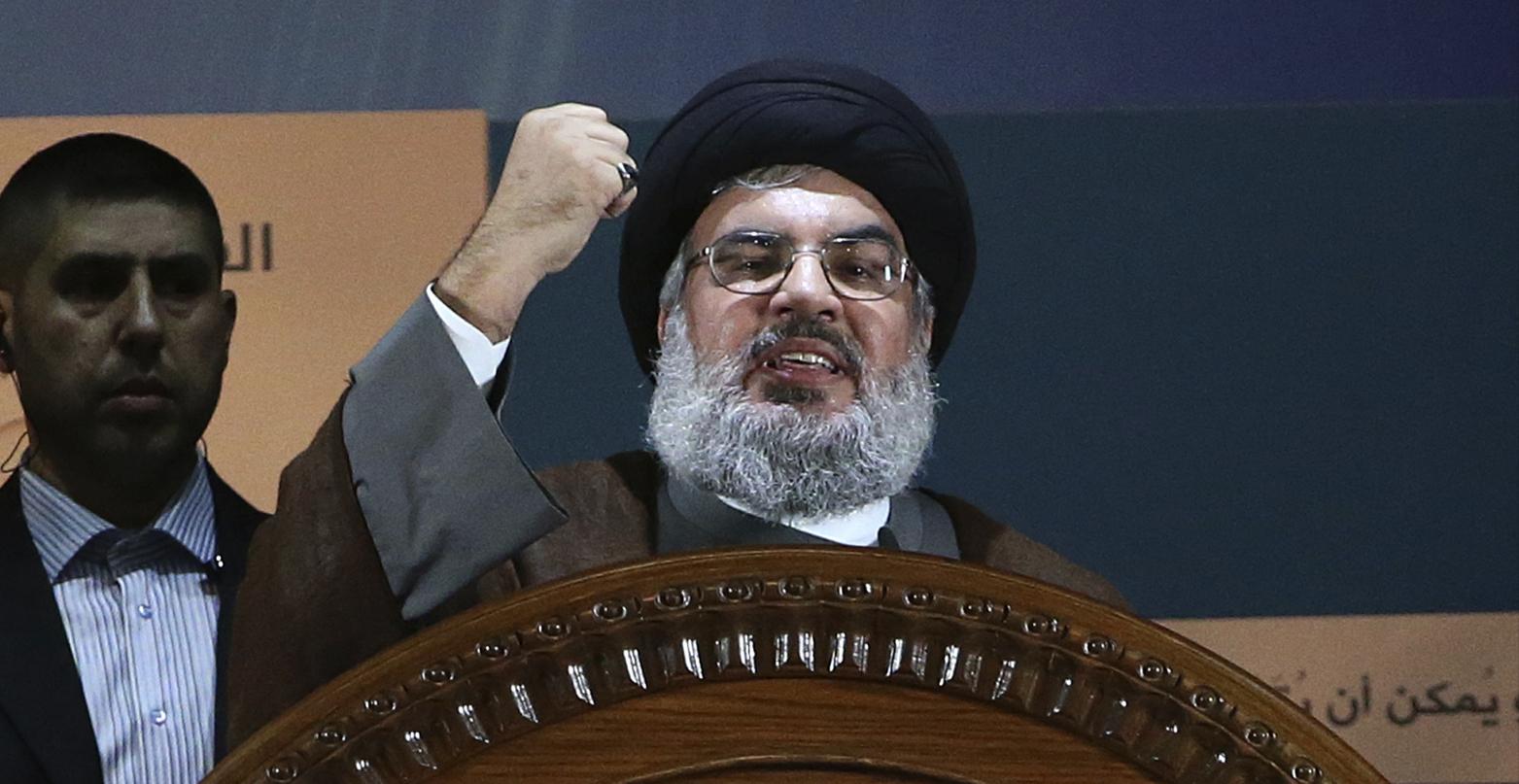 Shafaq News/ It is incredibly important to hold on to the resistance, Hezbollah Secretary-General Sayyed Hassan Nasrallah said on Sunday, warning the public not to be influenced by those talking without providing an alternative. His words came during an event commemorating and honoring the late Sayyed Mohammad Ali Al-Amin.

Sayyed Nasrallah also touched on the issue of the Lebanese maritime borders, saying that the importance of what is happening today is there being a written text from the mediating party that the President, Parliament Speaker, and the Prime Minister have received.

"We are before decisive days in the demarcation issue, and the position of the heads of the state will be clarified, as well as where things are headed," the Hezbollah chief underlined. "If the demarcation issue leads to a desired, good result, that will be due to unity, cooperation, and national solidarity."

He also addressed the presidential election in Lebanon, saying "the latest parliamentary session to elect a president proved that there is not one party holding the majority in parliament."

The Lebanese parliament failed on Thursday to elect a new President during the first session aimed at doing so due to none of the candidates receiving the mandated two-thirds of the vote.

The Lebanese constitution stipulates that a candidate must receive the approval of two-thirds of the Parliament's 128 members. If the MPs fail to elect a President during the first session, the second session will only require the candidates to receive 65 votes (50%+1).

"The session proved that whoever seeks to elect a president must move away from challenging [their political rivals] in favor of negotiating [...] and we are starting to run out of time when it comes to forming a cabinet," the Lebanese resistance leader added.

"Illegal migration in the boats of death is a crime," Sayyed Nasrallah said in light of a boat transporting illegal migrants capsizing off the Syrian coasts with hundreds of passengers on board. He also called for an investigation into the matter that has become a trend in the crises-stricken country.

The number of victims of the migrant boat has risen to 94 after a number of bodies were recovered from Syria's Banias beach on the Mediterranean coast, Syrian state television said last Saturday.

"The event surrounding Russia and Ukraine is no longer regional; it is now an international development that can change the face of the world," the resistance leader said as tensions rose on Friday between Russia and the West over the former's recognition of former Ukrainian territories as its own following popular referenda.

He also highlighted that the United States was using Ukrainian soldiers as cannon fodder against Russia. "The US does not want to fight Russia with Americans. It wants to use Ukrainians and subsequently Europeans."

"The Islamic State of ISIS has collapsed, but the usage of ISIS as a project, organization, and tool is not done," Sayyed Nasrallah said.

"ISIS was created by the United States, and the US intelligence agencies are still protecting it, facilitating its financing, and supplying it with more members," he added.

"Any event in Iran is exploited [by foreign parties] to incite [the public] against the Islamic Republic," he said. "Successive US administrations have realized that Iran is strong and capable; therefore they did not wage war against it and instead bet on domestic instigators."

"There even were rumors about Sayyed Ali Khamenei, all of which are false, aimed at the will of the Iranian people," Sayyed Nasrallah highlighted. "Iran is strong, and it is enough for them to re-watch the historic funeral of martyr Qassem Soleimani when millions of people took to the streets."

"The Islamic Republic, with its leader and people, is untouchable," he stressed. "The constant incitement against Iran and the painting of its people as an 'enemy' is a demonic act aimed at ripping the nation apart."

"The Islamic Republic wants nothing from the regional countries, and it does not have any ambitions in Iraq [...] how could Iraqis forget how Iran stood with them and gave its money and arms to defend Iraq in the face of ISIS," the leader recalled.

"How could there be a sentiment of friendliness friendly toward Saudi Arabia, which sent 5,000 suicide bombers to Iraq?" he wondered. "After Camp David, if it weren't for Iran, where would Palestine and Al-Quds be today? Where would have Lebanon and Israel been?"

Iraq is the top importer of vegetables and fruits from Iran

Iraqi flights to and from Iran resumed starting tomorrow