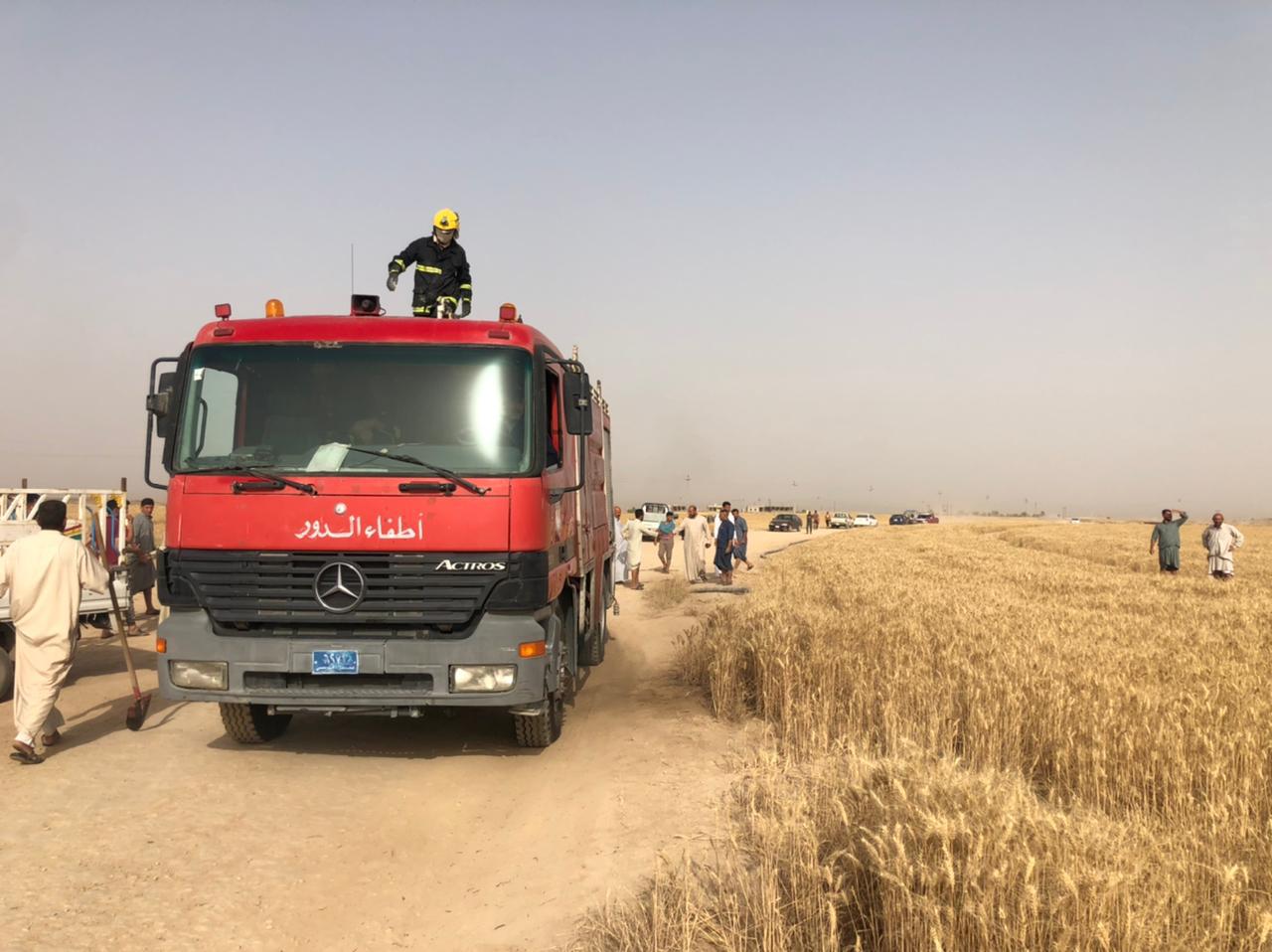 The statement of the Directorate said that the firefighting teams isolated the fire that broke out inside the field, hindering its expansion and saved nearly 60 dunums.

The statement said that the material losses were limited with no human casualties.

According to the statement, the short circuit in a power transmission tower planted inside the field sparked the blazes that gutted nearly one dunum.