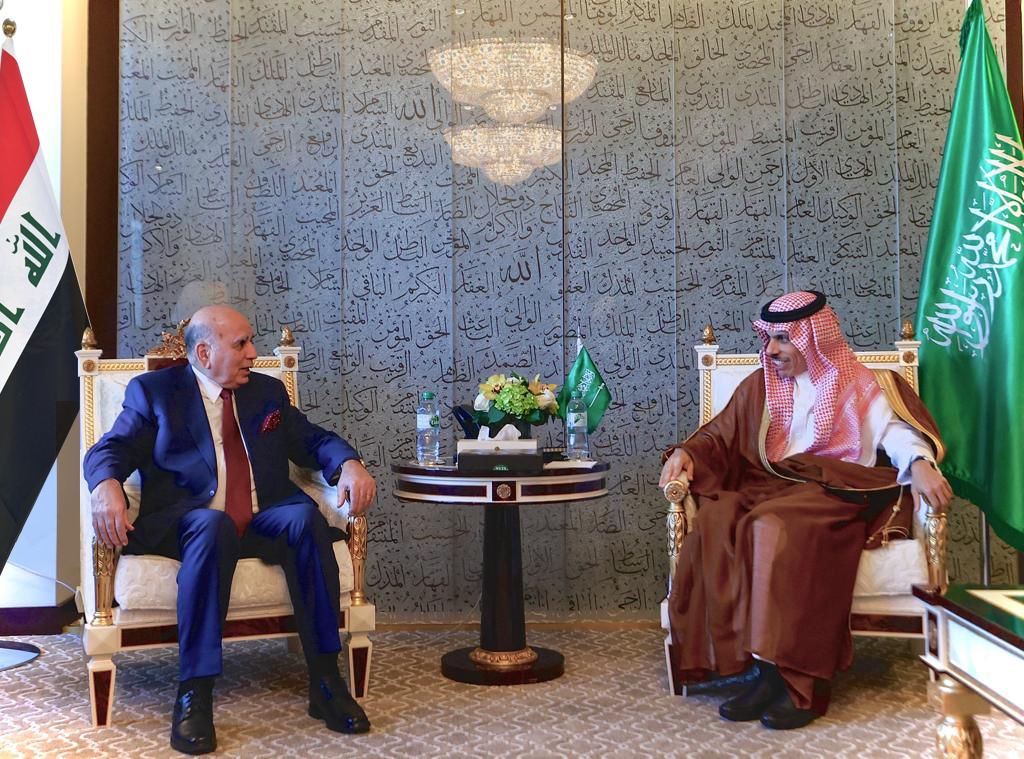 The two sides discussed ways to boost bilateral relations for "the interests of the two brotherly people."

They also discussed Iraq's efforts to reduce tension between Riyadh and Tehran.

"Iraq is keen to establish the best relations with all countries, especially the Arab and neighboring countries," Hussein stressed.

Minister Hussein called for concerted efforts to "restore stability to the region by adopting dialogue and non-interference in the internal affairs of countries," as well as the necessity of coordination in the security fields to combat ISIS remnants.

In turn, Saudi Foreign Minister confirmed the Kingdom's support for "the unity and stability of Iraq," calling all to contribute to finding peaceful solutions that restore security and stability.

Al-Ula Summit: Turning the page or Dog-earing it?

The U.S. Is Using Saudi Arabia To Expand Its Influence In Iraq