Salih reviewed the regional developments with his French counterpart 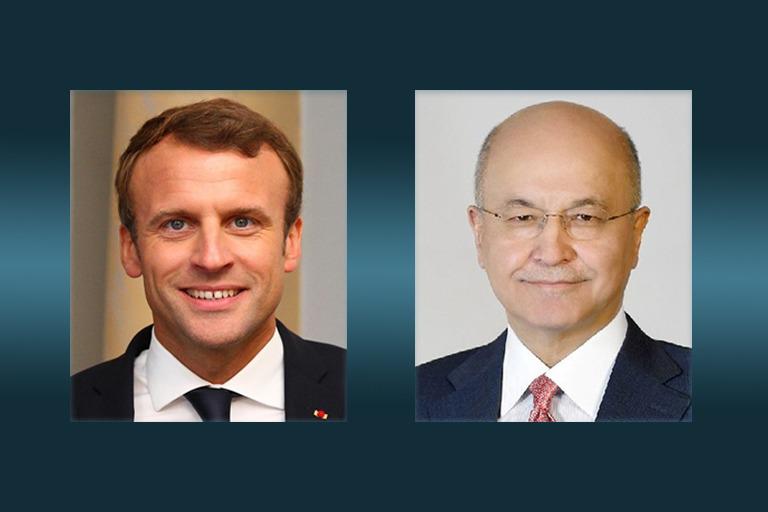 Shafaq News / The Iraqi President, Barham Salih, discussed in a phone call with his French counterpart Emmanuel Macron on Wednesday the bilateral relations that bring the two countries together in various fields.

The two presidents reviewed regional developments and the importance of adopting dialogue to avoid tensions and enhance regional security and stability.

The two sides emphasized the importance of protecting the sovereignty of Iraq from interference and tensions in the region, as well as providing international support in monitoring the upcoming elections in a manner that guarantees their integrity, and the necessity to unite in facing the threat of COVID-19, according to a statement by the Presidency of the Republic.

The two presidents affirmed that terrorism of all kinds and means harms the peaceful coexistence among human beings, and feeds on creating divisions between different religions.

Barham Salih indicated that terrorist groups tried to sow discrimination between Iraqis, targeting Muslims, Christians, Yazidis, and other components, adding that Iraq, in cooperation with allies and friends, is moving forward in continuing the war against ISIS and pursuing its remnants.