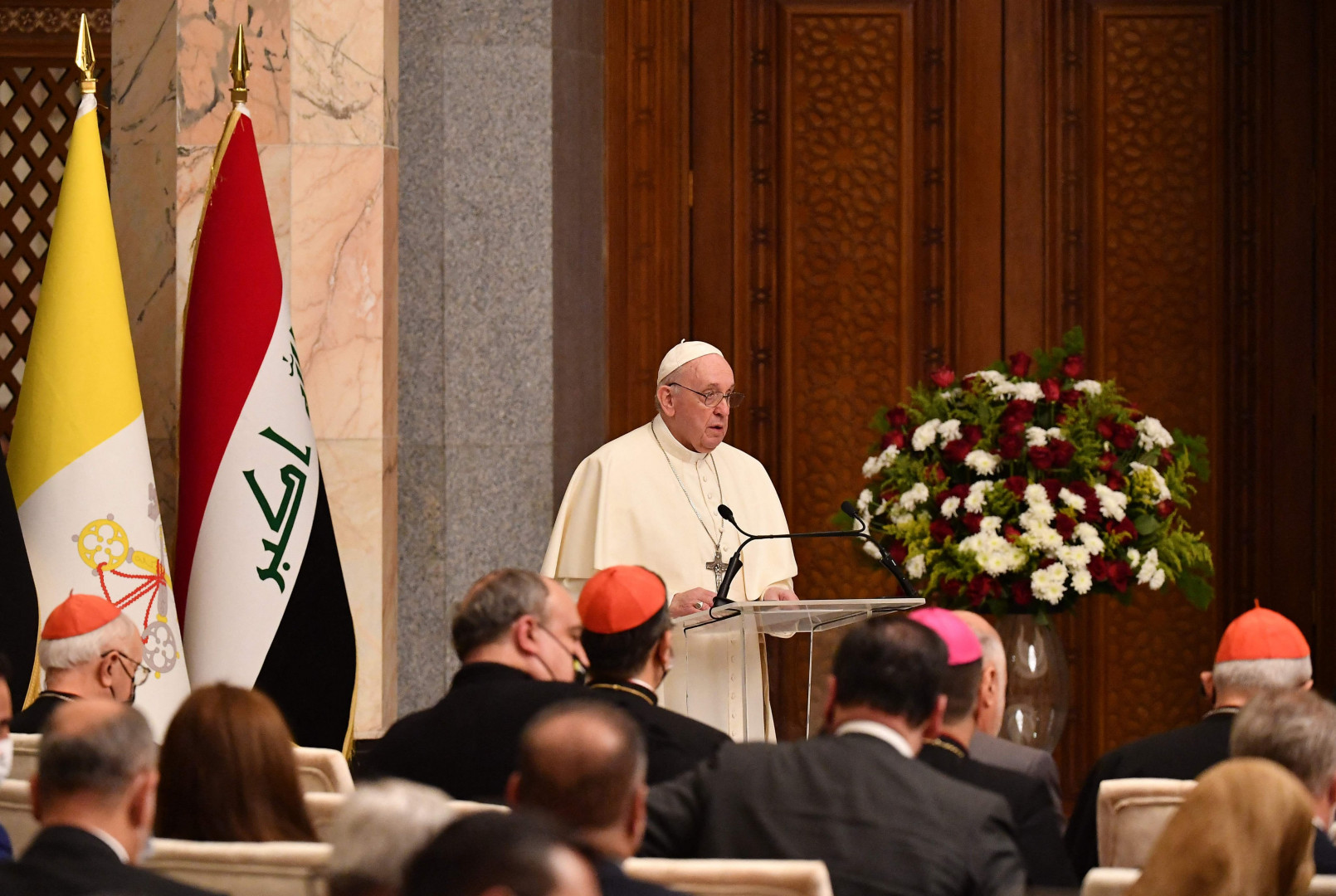 Shafaq News / The Iraqi President, Barham Salih, presented a souvenir to Pope Francis, who is on a visit to Iraq.

The gift is two murals designed by the sculptor Sheikh Muhammad Ghani Hekmat bearing the name "The Path of Passion" of Christ.

A statement by the Presidency of the Republic stated, "the two murals are part of a group of works by Muhammad Ghani Hekmat that cover in a larger size the Ascension Church walls in Baghdad, and they are inspired from Assyrian sculpture."

He added, "the two murals are about the pain of Jesus Christ and the suffering that the Iraqis have endured for decades."

Pope Francis arrived in Baghdad on the first-ever Papal visit to Iraq. The Pontiff will remain in the country until next Monday and will land in Najaf, Dhi Qar, Erbil, and Nineveh.

Pope Francis said during his speech from the Peace Palace in Baghdad, “I came as a pilgrim who carries peace in the name of Christ. How many years have we prayed for the safety of Iraq, and God always listens, and we must listen to him, and walk to him. Let the weapons be silent, and let us put an end to their spread everywhere."

President Salih: Iraq is a key factor to build stability in the region