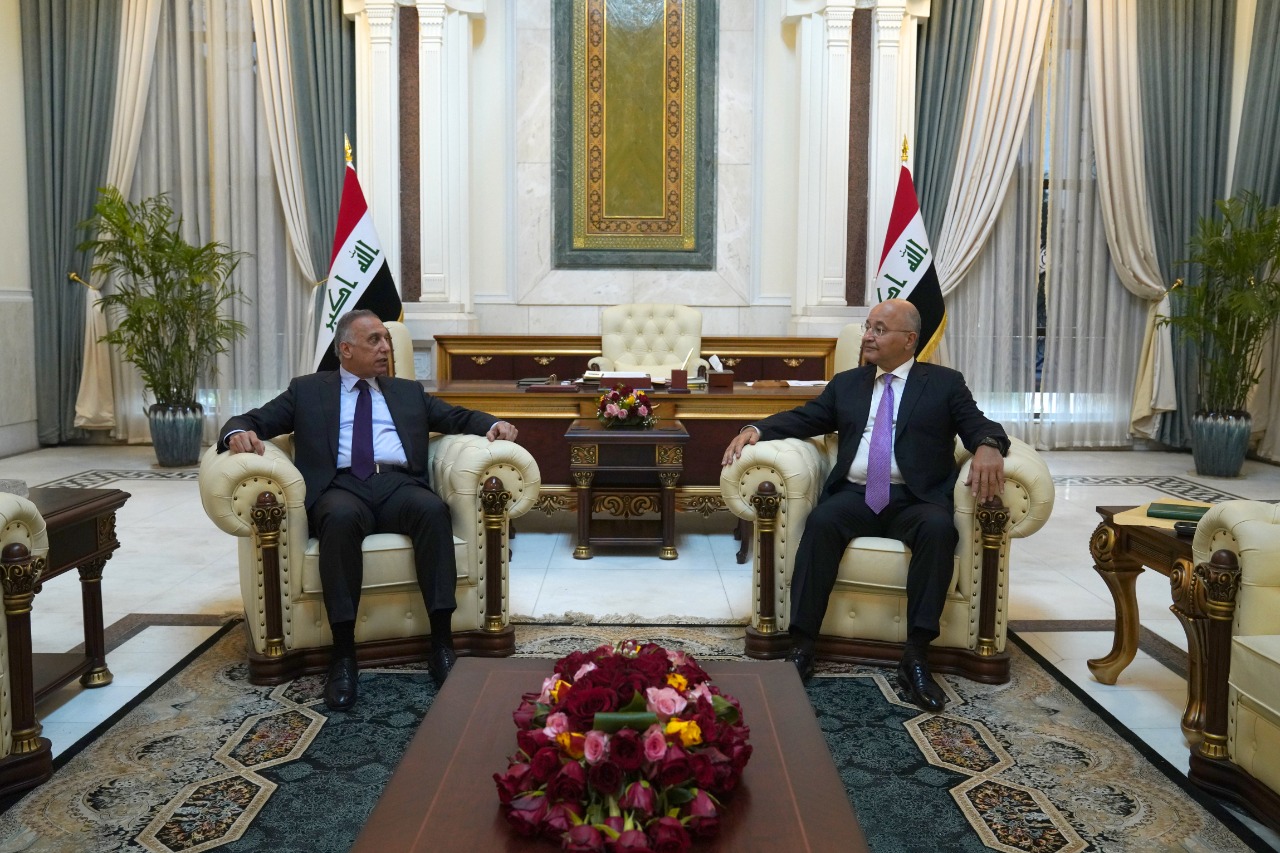 In a statement received by Shafaq News agency, the presidency said that Salih and al-Kadhimi discussed during the meeting security, economic, and political developments in the country.

The meeting emphasized "the importance of consolidating stability in the country, preserving citizens' security and safety, enhancing the authority of the security services and law enforcement, maintaining social security, preventing outlaw actions, and controlling fugitive weapons."

The meeting touched upon the upcoming elections and the necessary steps to ensure their success. The statement added that Salih and al-Kadhimi agreed on inviting international observers to monitor the electoral process and guarantee wide participation.

The two presidencies stressed that the Federal budget must protect the Iraqi citizens' entitlements, particularly the low-income social strata, and provide radical solutions for the financial differences between the federal and Kurdistan Regional Governments.

Yesterday, Sunday, the High Electoral Commission suggested postponing the elections to late October. However, the Iraqi government, headed by al-Kadhimi, has not decided in this regard.