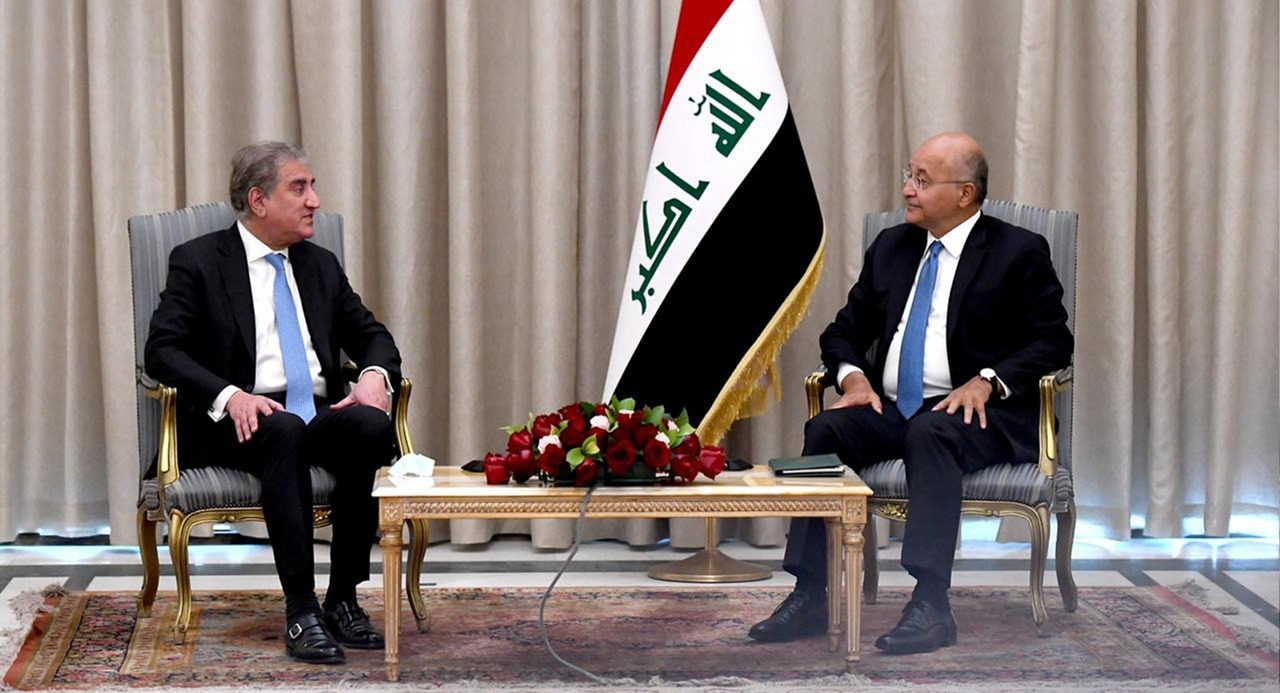 Shafaq News / The President of the Iraqi Republic, Barham Salih, emphasized on Saturday the necessity of a unified international front against security, health, and ecological threats, indicating that terrorism and extremism are mutual threats to global stability.

A readout issued by the Iraqi Presidency said that President Salih hosted at the Peace Palace in Baghdad the Pakistani Minister of Foreign Affairs, Makhdoom Shah Mahmood Qureshi. The two sides discussed the importance of promoting the bilateral relations between the two countries and their joint efforts in the war against terrorism.

According to the statement, both parties stressed the importance of profiting from the military experiences of both countries and developing the capabilities of the Iraqi Armed Forces.

The president said that the world and the region in particular "are facing common challenges such as terrorism, extremism, and civil unrest, which impact global security and stability," highlighting, "a unified international front is mandatory to the face of security, health, and ecological challenges and preserve the global security and stability."

He added that Iraq is adopting a policy of openness towards all in its battle for security, shedding light on the pivotal role played by Iraq in the region, indicating that a secure and stable sovereign Iraq enjoys favorable relations with neighboring Islamic and Arab countries as well as other countries.

In turn, Qureshi reaffirmed his country's commitment to supporting Iraq's sovereignty, training the Iraqi Armed Forces, and its aspiration for strong bilateral relations and further cooperation in many fields.