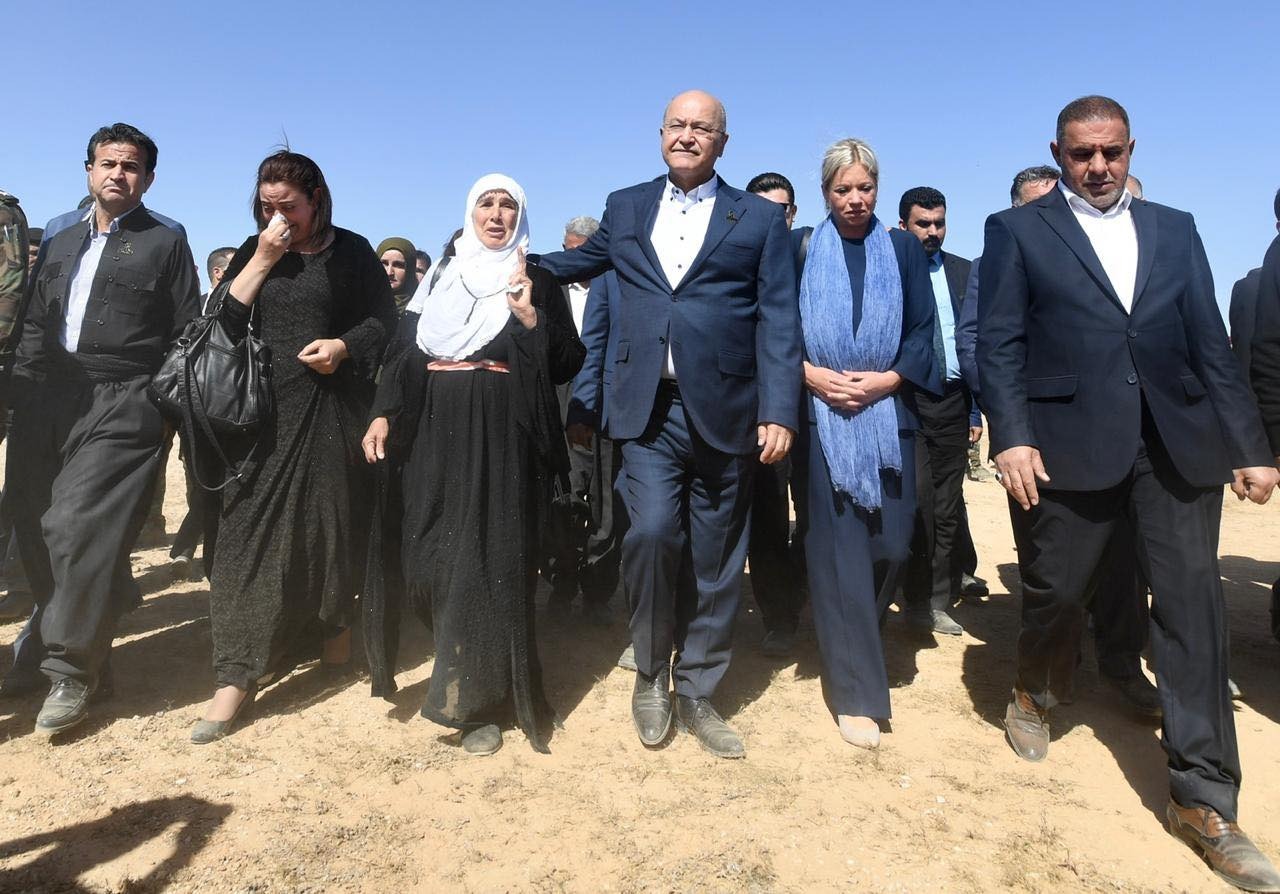 Salih said in a statement today, “These days coincide with the 33rd anniversary of al-Anfal tragedy, that the tyrannical regime committed against the Kurdish people, in one of the worst persecution and displacement campaigns that the region and the world have witnessed. It resulted in the death of thousands of women, children, and defenseless elders."

He added, "this heinous crime's aim was the genocide of an unarmed and peaceful people whose only concern was to live in freedom, dignity, and peace, just like all Iraqis who were subjected to the most heinous crimes against humanity."

Saleh called for, "returning the remains of the victims and ensuring all their rights and privileges. It is a humane and moral duty that cannot in any way be underestimated, disavowed, or delayed."

A U.S. delegation visits the Iraqi President, affirms the United States’ support for “a strong Iraq”

Iraqi presidency to al-Sadr: Salih is supportive to the Palestinian cause

Iraq's President: to unify the national ranks, give priority to the language of dialogue