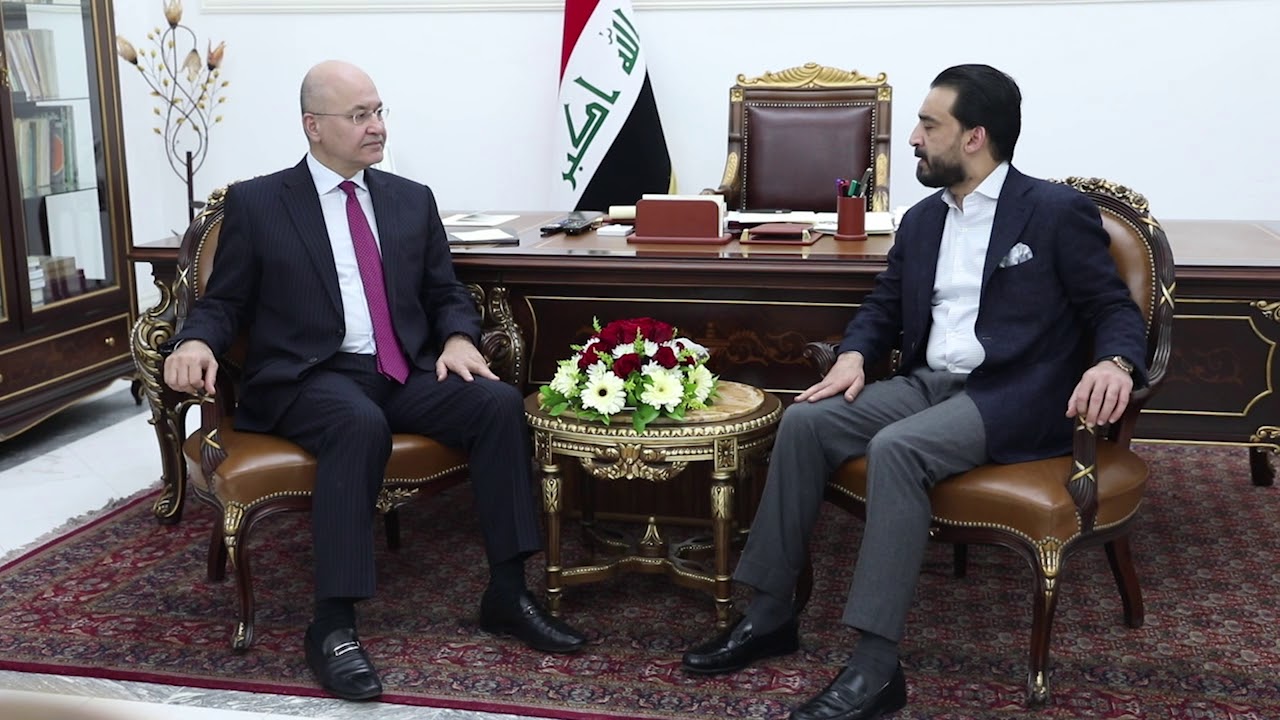 This came in speeches on the Islamic Day to defeat Violence against Women, which is held yearly by the head of the "Iraqioon" coalition, Ammar al-Hakim.

Salih said that "the reforms require the provision of an appropriate political atmosphere to hold early fair elections, and free from the power of weapons," ​​stressing, "We must hold the corrupts  accountable to building a sovereign state."

For his part, Al-Halbousi called on the political forces to legislate the election law, saying, "They may have observations on some parts, but let us think about  the nation as a whole and not about the parts."

He also said, "The Iraqi government is required to provide the appropriate atmosphere for holding elections, and we urge it to pursue the outlaws and the corrupt, which is no less dangerous than terrorism."

Al-Kadhimi: we will pursue the killers