Salih-Kadhimi: The Israeli attacks on the Palestinian people are inhuman 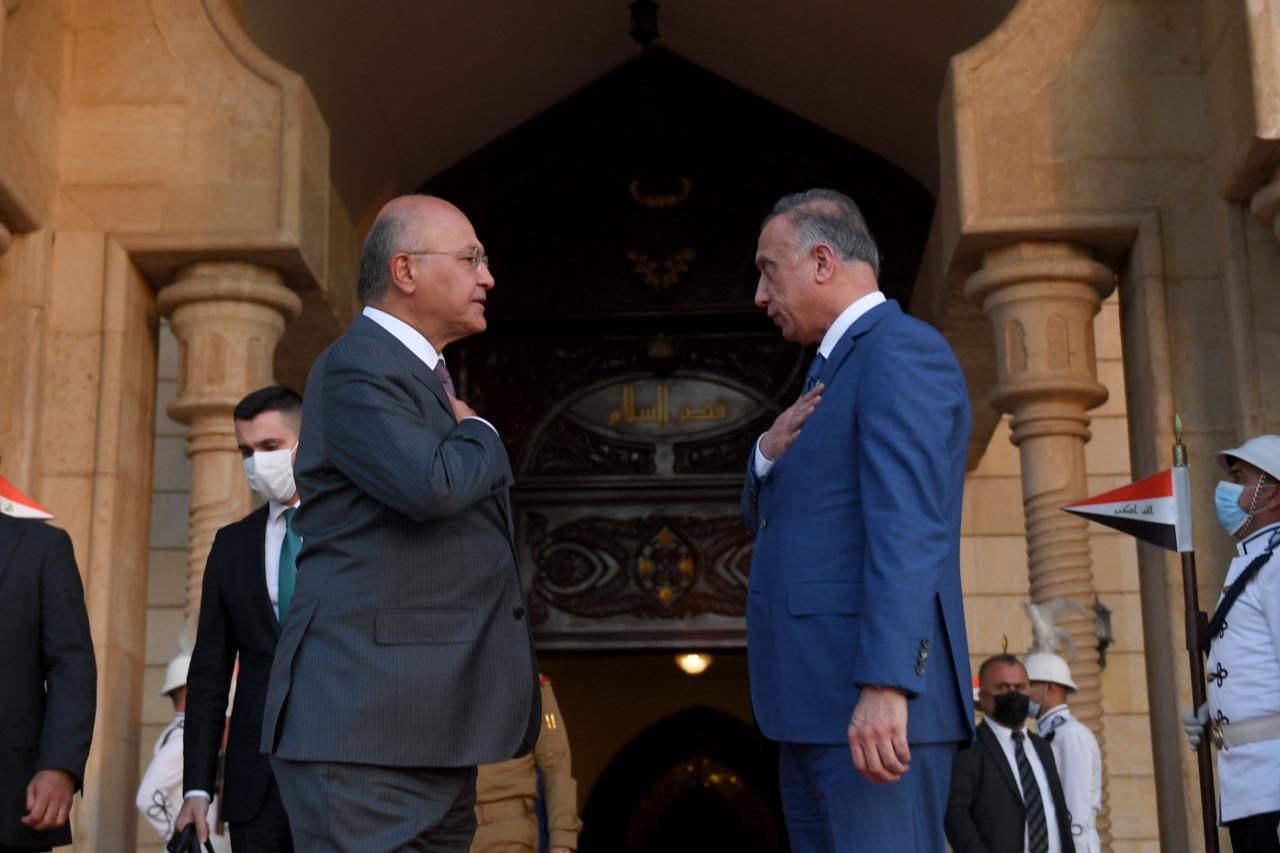 The Presidency said in a statement, the two sides emphasized "the necessity of protecting the stability of Iraq, preserving the security and safety of citizens and strengthening the authorities and security agencies by establishing the law and protecting peace and community."

The two sides also confirmed the necessity to get rid of the terrorist remnants that “seek to destabilize security and stability in some areas,” and to provide all support to the security forces in this regard.

On upcoming elections, they emphasized the need to create conditions and requirements for conducting the October elections and to prevent electoral violations.

The two sides affirmed that Iraq remains steadfast in support the Palestinian cause and people to achieve their aspirations. They called for stopping the attacks in Jerusalem, the Gaza Strip and all Palestinian territories.

Saleh and Al-Kadhimi called for joint work on the Arab, regional and international levels to stop the inhuman attacks and provocations on the unarmed Palestinians civilians and to protect their legitimate rights.

Barham Salih condemns the Sadr City attack..al-Kaabi warns of the timing and location