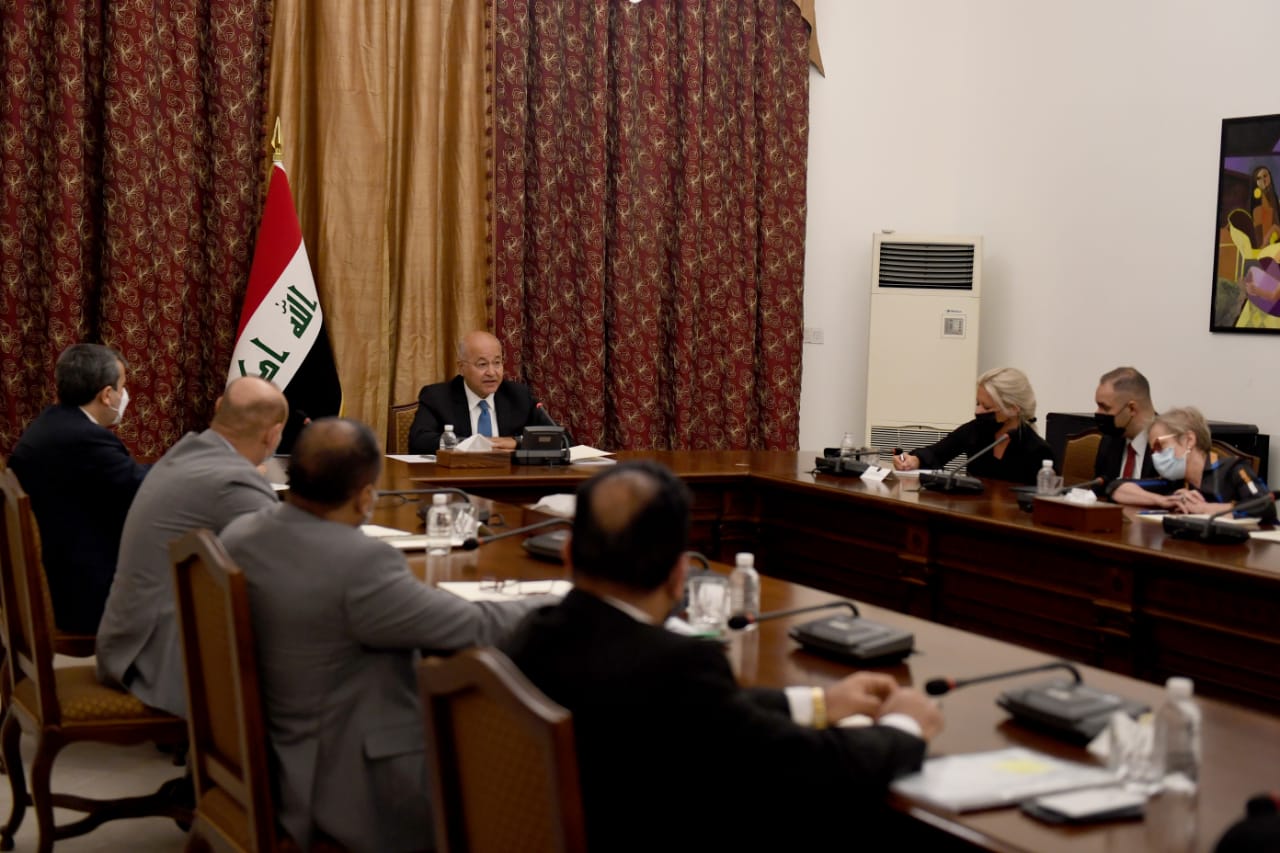 The Media office of the Iraqi Presidency said in an official readout of the meeting today that  President Saleh reviewed with his guests the operational and the temporal schedule of the elections.

The meeting asserted the vitality of holding the elections as scheduled and providing the requirements for its success, placing emphasis on the expedition of biometric registration of voters and the role of UNAMI in the electoral observation and their contribution to establishing fair and just elections.

Saleh said, "there is a dire need for providing a safe and stable environment, ensuring the adequacy of the procedures envisaged to hold the elections, and adopting the biometric ID, to provide the voter the opportunity to choose their candidates away from manipulation and fraud, and the candidates equal chances to nominate and participate."

Saleh continued," these factors are the cornerstone of the elections' success and moving forward towards the desired reform."