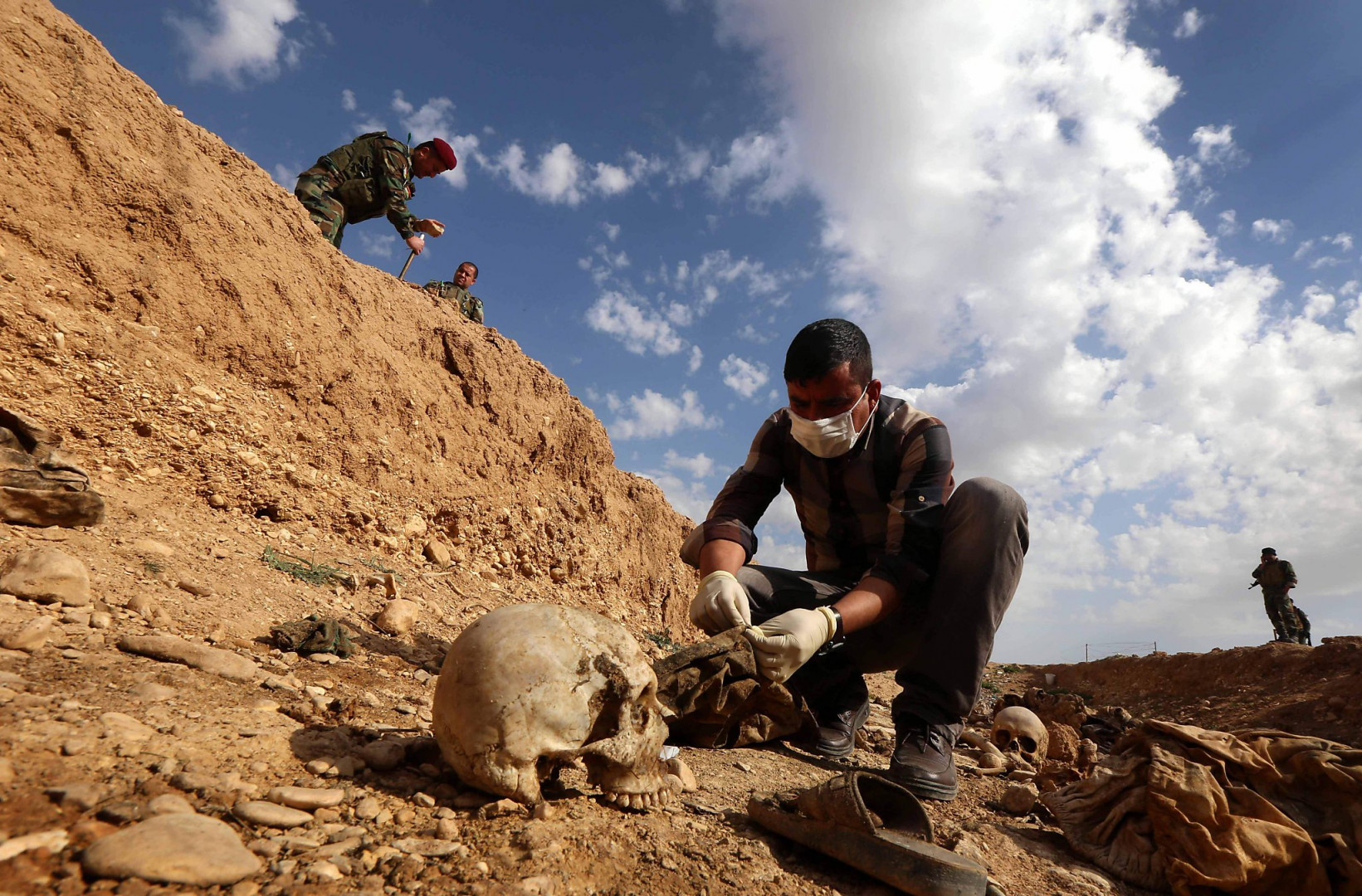 Shafaq News / Clans in Saladin demanded governmental and international bodies to disclose the fate of the missing and mass graves left by ISIS.

Prominent figures from various clans informed Shafaq News agency that there are more than 3000 people who disappeared during ISIS control period and the wars of liberation in 2015 and 2016, in addition to the existence of multiple mass graves in remote areas and villages that were controlled by ISIS in 2014.

In his turn, the Director of the Human Rights Office in Saladin, Idris al-Issawi, told Shafaq News Agency that statistics and numbers of mass graves are the responsibility of the Martyrs Foundation-the Martyrs and Victims Department, which is the official body concerned with the file.

Al-Issawi confirmed that several field surveys for several mass graves were conducted during the past years. However, detection operations stopped in 2020 due to COVID-19.

Regarding the numbers of missing people, Al-Issawi said, "We do not have accurate statistics. During 2020 and the short period preceding it, we received more than 200 reports from the families of the missing, and we are dealing with them according to the law."

In the same context, MP of Saladin, Jasim Hussein al-Jbara, said in an interview with Shafaq News agency that an agreement had made with the Deputy Speaker of Parliament to uncover the fate of the missing and count the true numbers of missing persons.