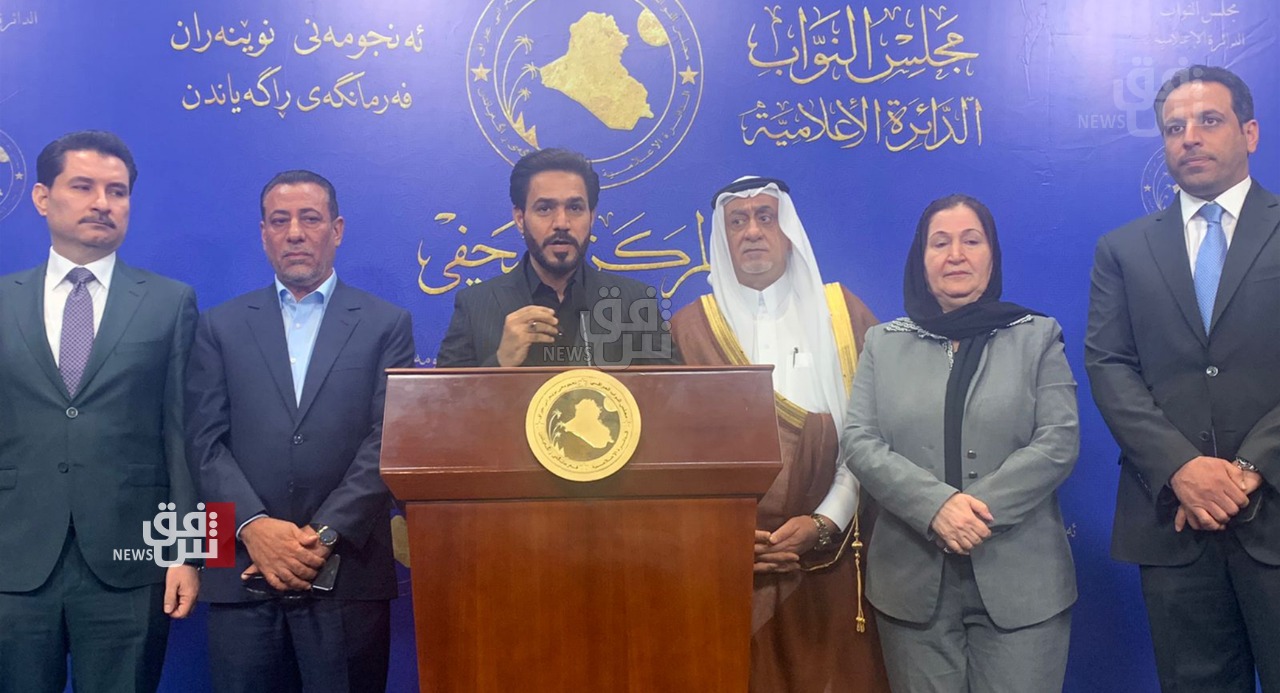 Shafaq News / The Sadrist bloc announced today that the Homeland Rescue alliance has differed a bill on criminalizing normalization with Israel to the Parliament Presidium.

The head of the bloc, Hasan al-Athari, announced this new step in a joint press conference he held with the heads of the Kurdistan Democratic Party and al-Siyada coalition, in addition to the two Parliament speaker deputies.

Al-Athari said, "Today, we introduced the law criminalizing normalization with the Zionist entity, and blocking the road for establishing any kind of relationships with it", adding that the bill contains ten articles.

The bill will be discussed during the first upcoming parliamentary session, and will be referred to the concerned committee to read and vote on it.

The leader of the Sadrist movement, Muqtada al-Sadr, on Saturday said that the Sadrist bloc endorses a bill that incriminates normalizing the ties and collaborating with Israel.

"One of the main reasons I opted to reinvolve the Sadrist bloc in the electoral process is the issue normalization and Israel's nefarious willingness to take over our country," al-Sadr tweeted.

"The Sadrist bloc, along with its allies in the national space, will announce a bill on incriminating the normalization and collaboration with the Zionist entity and present it to the parliament for voting. We have bills on service projects that we will announce in succession."