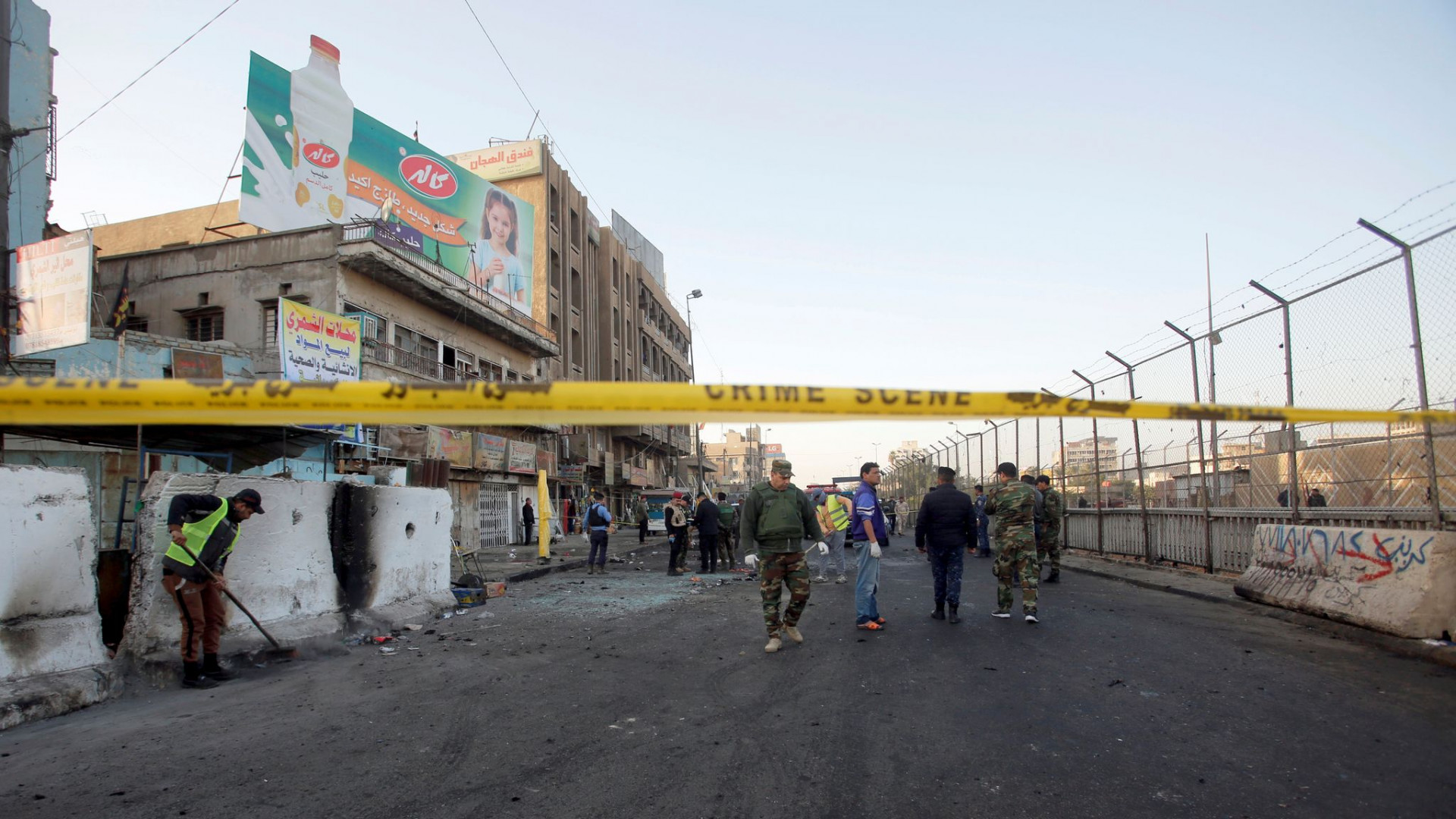 Shafaq News / Conceivably, no region in Iraq has witnessed such attacks and suicide bombings similar to what the Sadr City was subjected to in the past 18 years, making it the most disaster-stricken area in the country, since a communist woman founded it until it became a stronghold of the Sadrist movement.

There does not appear to be a comprehensive census of Sadr City's deaths and injuries, nor a list of thousands of victims, which has plunged the city into successive calamities. Meanwhile, successive authorities, including during the Mahdi Army's phase, have not taken adequate steps to properly address the city's security.

Sadly enough, on the eve of the readiness of Iraqis and the people of Sadr City to celebrate Eid al-Adha, a suicide bombing targeted civilians in the Al-Wahilat Market, killing and injuring dozens, adding a new wound to the city's bloody record.

In fact, the deadliest and most massive attacks have occurred elsewhere in Iraq, such as the July 2007 bombing of the Karrada neighborhood, the Sinjar bombings in August 2007, the Tuz Khurmatu market attack in July 2007, and the Tal Afar bombing in March 2007. Still, the frequent and continuous attacks on Sadr City raise significant questions.

Many do not attribute Sadr City to Naziha al-Dulaimi, the first lady to hold a ministerial post in the Arab world. She was a member of the Communist Party when she helped found the "Rafidain neighborhood", which later became the "Al-Thawra city" during the reign of Abdul Karim Qassem, and then "Saddam City" when Saddam Hussein took office, until its name was changed again after the U.S. invasion in 2003, and was then named Sadr City after the reference Mohammed Sadiq al-Sadr, who was assassinated in 1999.

It is one of Iraq's most densely populated areas, with a total area of only 13 square kilometers. More than one million people live there, according to a 2018 census, which somehow explains the large number of casualties in the bombings.

The city suffered both under Saddam Hussein's reign, who brutally suppressed demonstrations loyal to Mohammed al-Sadr after his assassination, and then after the invasion of Iraq, as the city was subjected to numerous U.S. attacks and siege measures, especially in 2004, after U.S. Governor Paul Bremer decided to close the Al-Hawza newspaper in Najaf, and clashes broke out with the Mahdi Army militants. Open clashes between U.S. forces and Sadrist militants flared up and then faded between 2004 and 2008, during which Sadr City suffered death, destruction, and neglect in its streets and neighborhoods.

Sadr City, while in a military clash with U.S. forces who were cordoning off its entrances and restricting Sadrist militants, was hit by bombing attacks attributed to al-Qaeda.

It is difficult to count how many attacks were carried out in Sadr City, but the November 23, 2006 attacks were among the worst attacks on the city, carried out, through several booby-trapped vehicles and mortar shells that killed and injured nearly 500 people. This attack was described as the deadliest since the U.S. military entered Iraq in 2003.

In addition to the tension between Sadrists and U.S. forces, Baghdad has generally suffered from the repercussions of the sectarian war between Sunnis and Shiites. At the time, the government was forced to impose a curfew in Baghdad and halt traffic at the airport.

The city was hit by another bloody attack on June 24, 2009, in which 72 people were killed by a bomb explosion in a crowded market and at least 127 injured, a few months before parliamentary elections in March 2010, which appeared to be a bloody message to the Sadrist Movement. That was followed by other bloody attacks in various parts of Iraq in May 2010, two months after the elections, as the political class faltered in efforts to form a new government under a near-political gap. Nine dozen people were killed and 250 injured in the bombings.

On August 16, 2012, there were a series of attacks in Baghdad, one of which targeted a crowded café in Sadr City, just a few blocks from a military checkpoint, killing 23 people and injuring 58 others, after which, survivors of the café massacre attacked security forces, who allowed the booby-trapped vehicle to cross without being detected.

Also, on September 21, 2013, there were a series of booby-trapped attacks and suicide bombers that hit several areas of Iraq. Sadr City had its bloodiest share. Two suicide bombers blew themselves up in a condolence tent and killed 78 people at the height of regional and sectarian incitement against the Iraqi government.

Even during ISIS's phase, Sadr City had its share of bloodshed. On August 13, 2015, an attack by a truck loaded with explosives targeted a popular farmers' market that killed 80 people and injured more than 200. This attack was described as the deadliest since Haider Al-Abadi took office in August 2014.

Then, on May 17, 2015, a booby-trapped vehicle exploded in Sadr City, killing and injuring more than 80 people. After that, Haider Al-Abadi's government launched an offensive to liberate areas in northern and western Iraq, from ISIS, with the help of U.S. forces.

February 29, 2016, was another bloody day in Sadr City, where more than 70 people were killed and dozens injured in two suicide attacks later claimed by ISIS. This attack came after ISIS was defeated in Ramadi and Al-Anbar.

It is noticeable that the attacks on Sadr City have always targeted markets crowded with civilians as if the aim was to kill larger numbers or send bloody messages.

On May 11, 2016, ISIS lied when it announced that it had targeted a rally of the Al-Hashd Al-Shaabi (P.M.F.) but actually detonated a booby-trapped truck near a women's beauty salon in a crowded market in the eastern part of Sadr City, killing 90 people and injuring dozens.

The bloodshed and booby-trapped messages have been unceasing in Sadr City, which has always been described as one of Baghdad's poorest and most populous suburbs.

Suicide bombings and booby-trapped attacks were targetting Baghdad and Sadr City in the period following U.S. forces' takeover of Iraq. However, in recent years, with the announcement of ISIS's defeat, the attacks have declined significantly, but have never stopped.

Forthwith, Mustafa Al-Kadhimi's government is engaged in what appears to be the latest attempt to agree with the U.S. administration that no U.S. combat troops will remain in Iraq, which is why, besides other reasons, Al-Kadhimi will visit Washington in the coming days, taking into account pressure from pro-Iranian factions to drive out U.S. forces. Moreover, the Sadrist Movement's leader, Muqtada Al-Sadr, announced a few days ago that he would not run in the elections scheduled for October.

The timing of the new suicide bombing in Sadr City raises confusing questions, similar to the other attacks on the city and its people who still do not have adequate security protection, which at times was considered as nothing but messages from "unknown", which Mrs. Naziha al-Dulaimi certainly did not wish for the city's people.

Sadr City: An electoral safe full of misery and disappointments