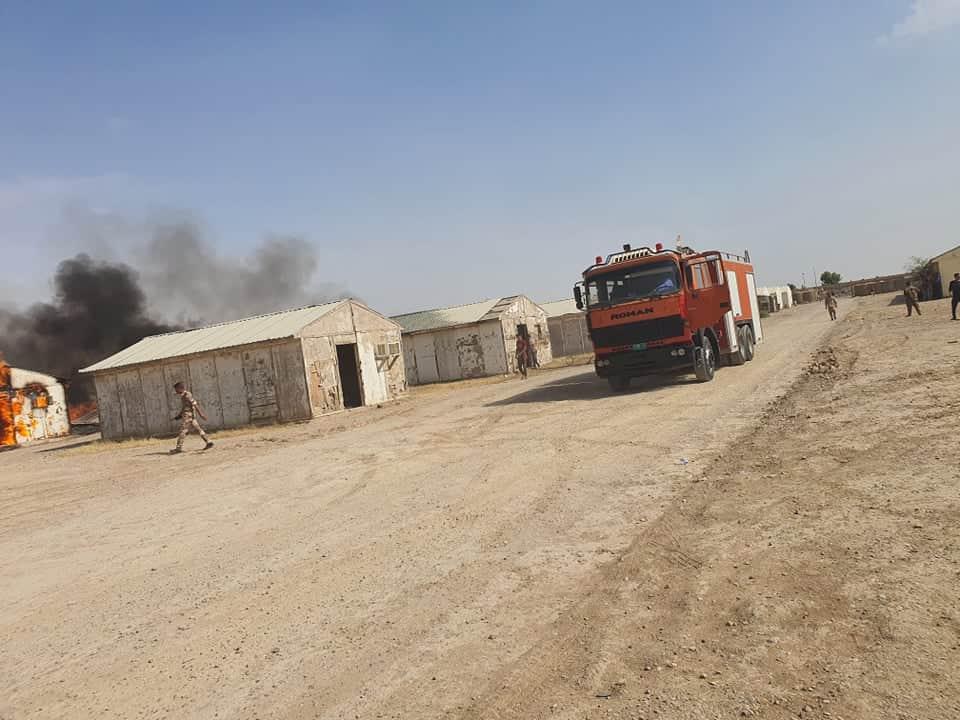 Shafaq News / The security media cell announced, on Friday, that a military camp in Baghdad was hit by a missile strike.

The cell said in a statement received by Shafaq News agency that, "4 Katyusha rockets landed inside Besmaya camp this afternoon, which resulted in material damage without causing any casualties."

The cell continued, "The preliminary information indicates that the launch of these missiles was from Al Dainiyah area, in Diyala Governorate."

For months, Iraqi military bases, hosting American soldiers, as well as the American embassy in Baghdad, have been subjected to repeated missile attacks.

The frequency of attacks has increased since the assassination of the Iranian commander Qassem Soleimani, in a US air raid in Baghdad in early January.