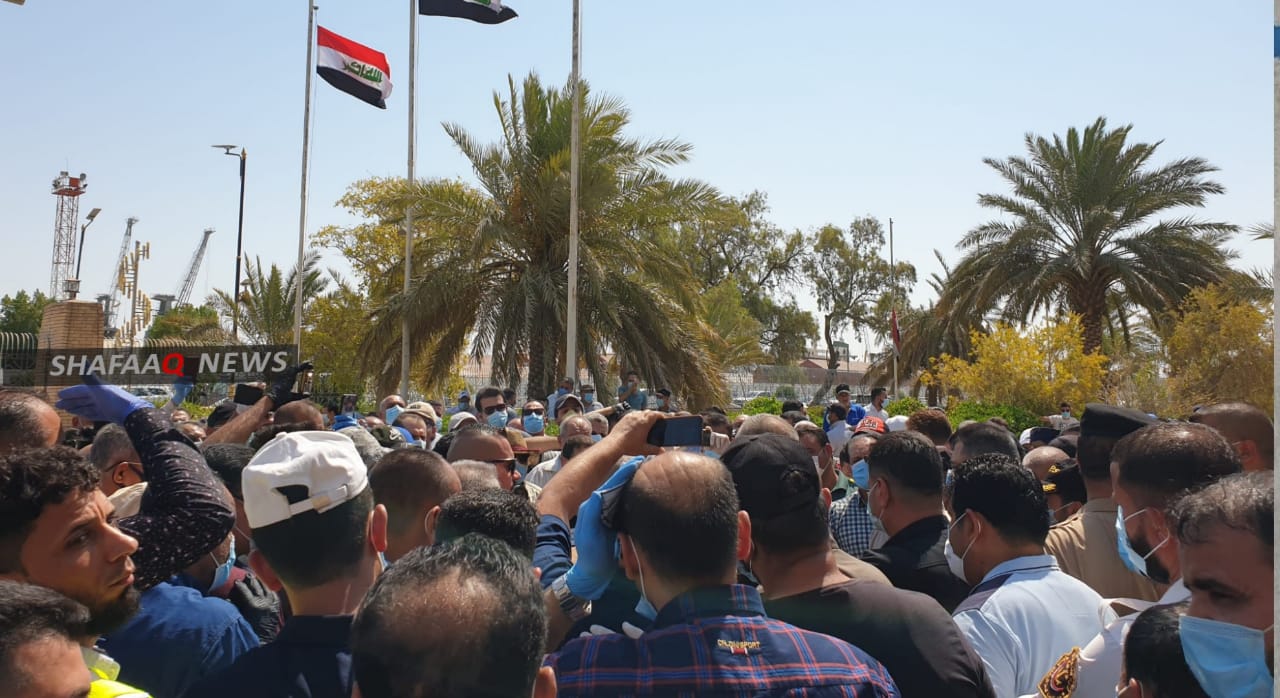 Shafaq News / Angry protests against the assassinations of civic activists renewed, on Sunday evening, in Basra.

Shafaq News Agency reporter said, "A demonstration took place this evening from Al-Bahariya Square near the local government building in the governorate center and headed towards the parliament office building, and Al-Ashar area in the center of Basra city", indicating that, " The security forces arrested three persons who were selling gasoline bottles".

He pointed out that, "the protestors are demanding to hold those who are responsible for the assassinations accountable, tightening the security measures, arresting the killers of activists, and prosecuting the corrupt", noting that strict security measures have been taken in the vicinity of the parliament office.

The commander said, "It is strictly forbidden to use Molotov cocktails or cutting tools during demonstrations", stressing that the necessary protection will be provided for the demonstrators.

The Basra police media called earlier on all peaceful demonstrators to, "cooperate to prevent violent groups from practicing these acts that require a response under the law".

This is the third incident of its kind in which gunmen target a civic activist this week after an activist was killed and four others were attacked by gunmen in two separate incidents.

The latest wave of violence began when activist Tahseen Osama was assassinated, on Friday, which led three consecutive days of protests, as security forces used live bullets on protesters who threw rocks and firebombs at the governor’s house and blocked many main roads.

Subsequently, Prime Minister Mustafa Al-Kadhimi dismissed the police and national security leaders in Basra on Monday, and directed opening an investigation into the violence, which calmed the protesters' anger.