Rebar Ahmed to participate in a meeting of the Coordination Framework; source 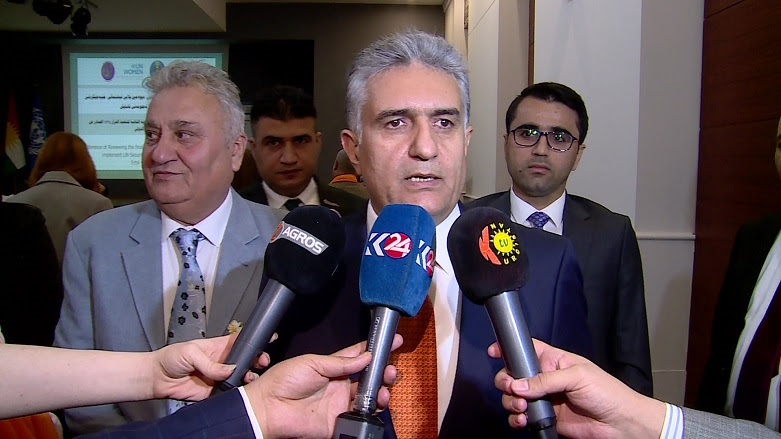 The source told Shafaq News Agency that the Coordination Framework is seeking guarantees from the Sadrist movement's allies that Muqtada al-Sadr would not name a Prime Minister they do not approve.

"This would not be feasible unless his allies pressure him toward accepting the candidate the Coordination Framework named in the name of a unified bloc, not the Sadrist movement solely," the source said.

The leading figure in al-Fatah alliance, Hussein al-Fatlawi, said in a statement to Shafaq News Agency, "the Coordination Framework will convene this evening to discuss solutions to the current crisis."

"Ahmed's participation in the meeting is not confirmed. We are not familiar with such information," al-Fatlawi said, "if such a meeting took place, it will be to discuss facilitating his route for the presidency."

Ahmed, Kurdistan's Minister of Interior, arrived in the Iraqi capital, Baghdad, to take part in a meeting of the fact-finding committee investigating the Iranian missile attack on the capital of the Kurdistan Region, Erbil.

A sudden decision: a force of the Shiite Framework would join Al-Sadr Coalition