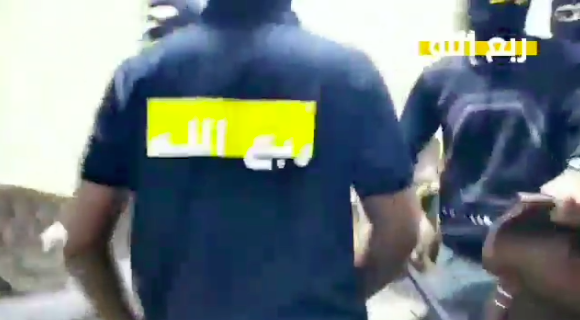 Shafaq News / A group calling itself "Raballah" published a video clip showing people destroying a massage center in Baghdad on Thursday and setting it on fire.

The video showed a group of masked people, beating girls who appeared to be workers at the Massage Center.

A source told Shafaq News agency that the civil defense teams rushed to the scene and stopped the fire.

Raballah is a group that was active on social media, its statements showed that it was working for the Iraqi armed factions supported by Iran.

It was famous for publishing news of the attacks launched by unidentified persons on the international coalition supplies =convoys and even published some events before they happened.