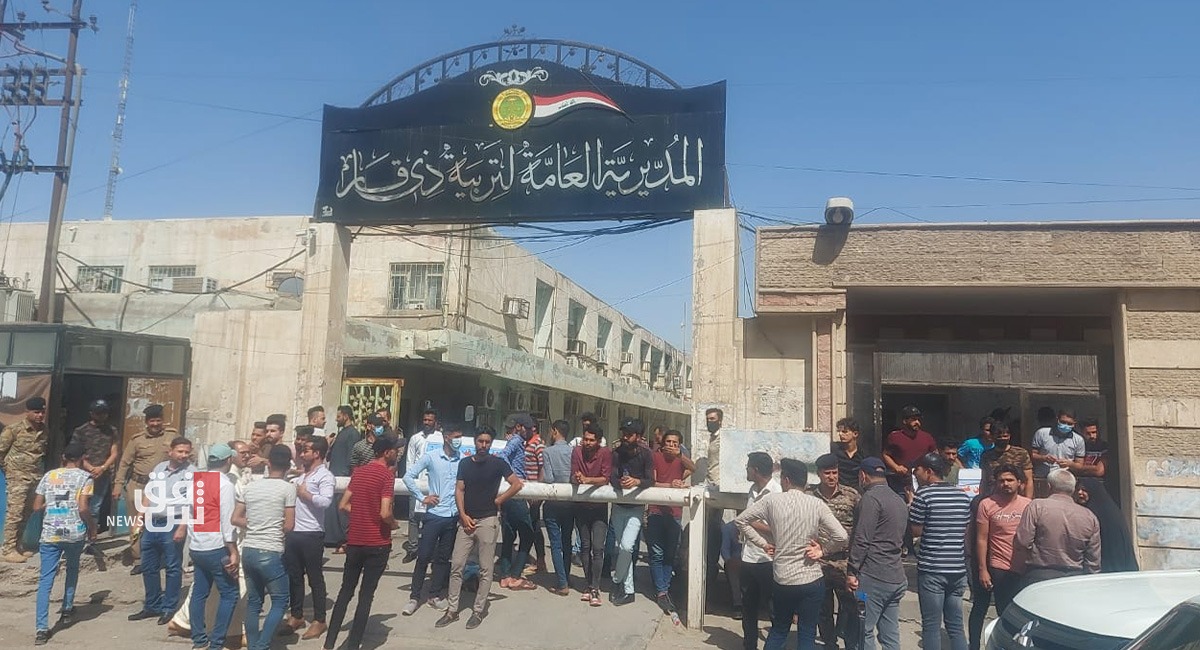 Shafaq News Agency Correspondent reported that a number of protesters closed the building of the Dhi Qar Education Directorate this morning and prevented employees from reaching their work, just as others closed the departments of the governor’s Diwan and other government headquarters.

Shafaq News Agency correspondent reported that dozens of graduates blocked this morning the Al-Nasr and Al-Zaytoun bridges in the center of Nasiriya, with burning tires calling the authorities for fulfilling the demands of their fellows.

The blocks which emerged on the bridges snarled major traffic arteries, and delayed tens of citizens from reaching their workplaces.

Meanwhile, Dozens of "unemployed" graduates are staging sit-in outside the local government building in Dhi Qar demanding to be appointed in state institutions.

Eight captured in security operation in the aftermath of the attack on Chinese oil company in Dhi Qar; source says