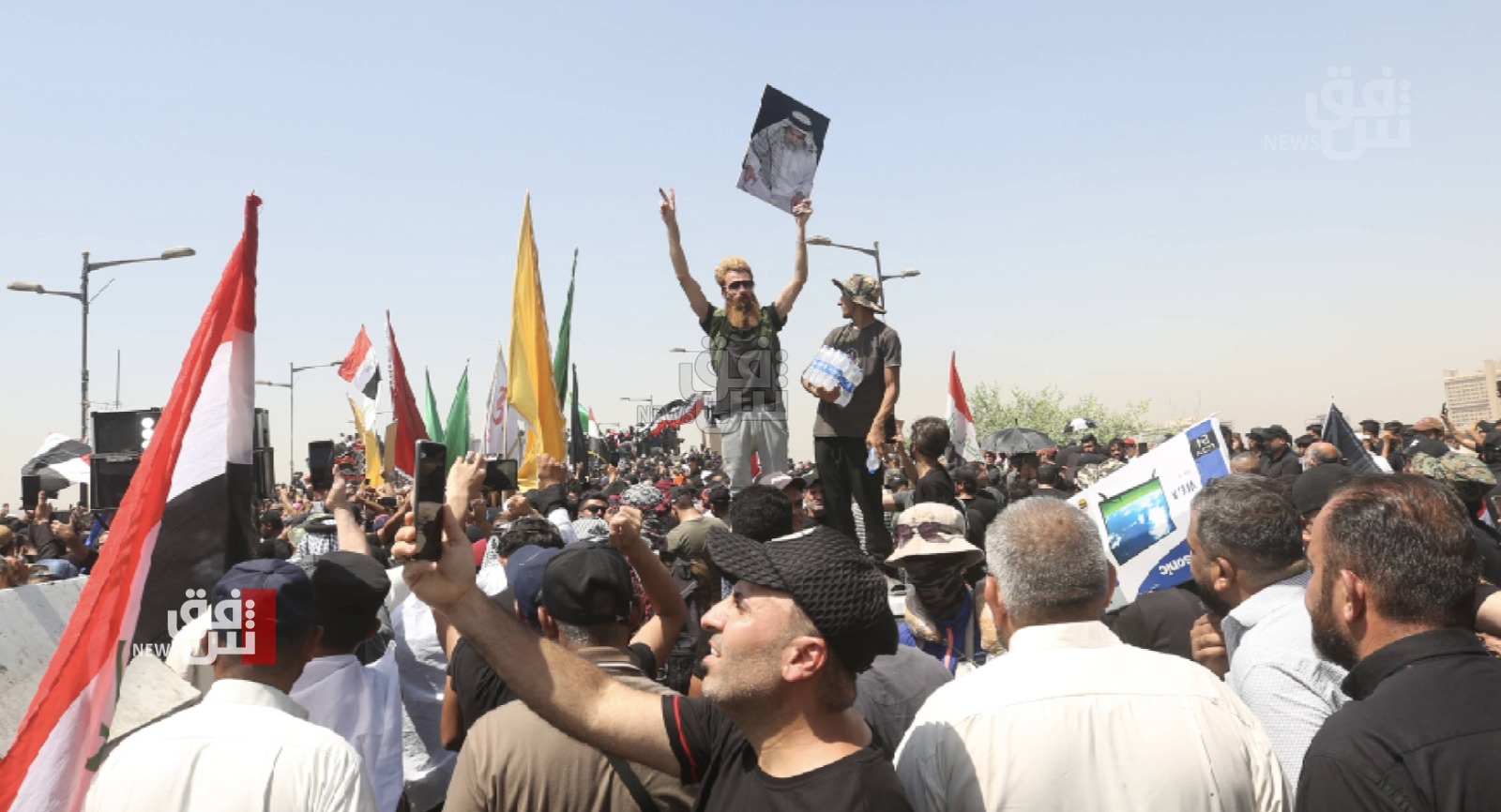 Shafaq News/ The supporters of the powerful Shiite cleric Muqtada al-Sadr stormed the building of the Iraqi parliament after breaching the barriers surrounding the heavily fortified Green Zone, downtown the Iraqi capital, Baghdad.

Earlier today, the protesters have once again breached concrete barricades leading to Green Zone and entered the ultra-secure area in a show of support for influential Shia leader Muqtada al-Sadr, days after they stormed parliament and suspended a session to nominate a new prime minister.

Demonstrators on Saturday morning pulled down and climbed over a number of large concrete barriers surrounding the area that cordons off government buildings and foreign embassies, making their way along the highway.

“All the people are with you Sayyid Muqtada,” the protesters chanted, using his title as a descendant of the Prophet Muhammad.

Al Jazeera’s Mahmoud Abdelwahed, reporting from Baghdad, said it was unclear whether security forces would back down and let the protesters enter as they did on Wednesday, when a large crowd occupied the parliament building.

The protesters oppose the candidacy of Mohammed Shia al-Sudani, a former minister and ex-governor, who is the pro-Iran Coordination Framework’s pick for the premier’s post.

Al-Sadr’s bloc emerged from elections in October as the biggest parliamentary faction but still fell far short of a majority.

Ten months on, the deadlock persists over the establishment of a new government – the longest period since the 2003 invasion by the United States reset the political order in the oil-rich country.

A vote heralding al-Sudani to the post of prime minister was scheduled to take place on Saturday, but the session was suspended after Wednesday’s events.