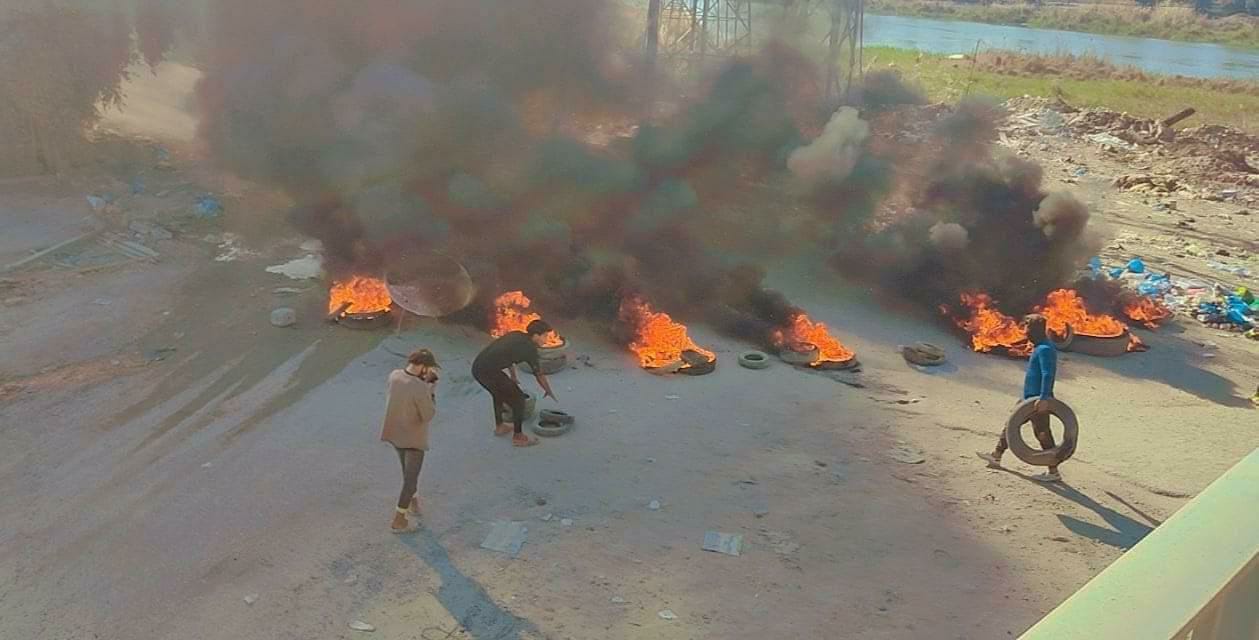 Shafaq News agency's correspondent reported that the riot police are deployed in front of the Dhi Qar oil company, where a demonstration is taking place.

Our correspondent noted that other demonstrations were organized in al-Safina area, east of Nasiriyah, where protestors blocked the streets with burning tires demanding services, in addition to a protest calling for the dismissal of al-Akika sub-district's administrator.

Demonstrators close down a government company in Dhi Qar